Hell Week is here. Grand Master has designed the ITS so it can be tourist friendly and classes did not start until 3:00pm every day. Therefore that allowed students to get out and about and site see.

Being the first real hours I had in Mexico to get out and explore a bit, Katie took me to the markets. A $5 cab ride and then we turn up to this huge market place full of cheap stuff. If you were a shopper you were in heaven. I must say though Katie’s skills to negotiate need some work. She did pay $14 AUD for a magnet. Zeb was getting into things well though. He was haggling big time. So a bit of fun to have by all. 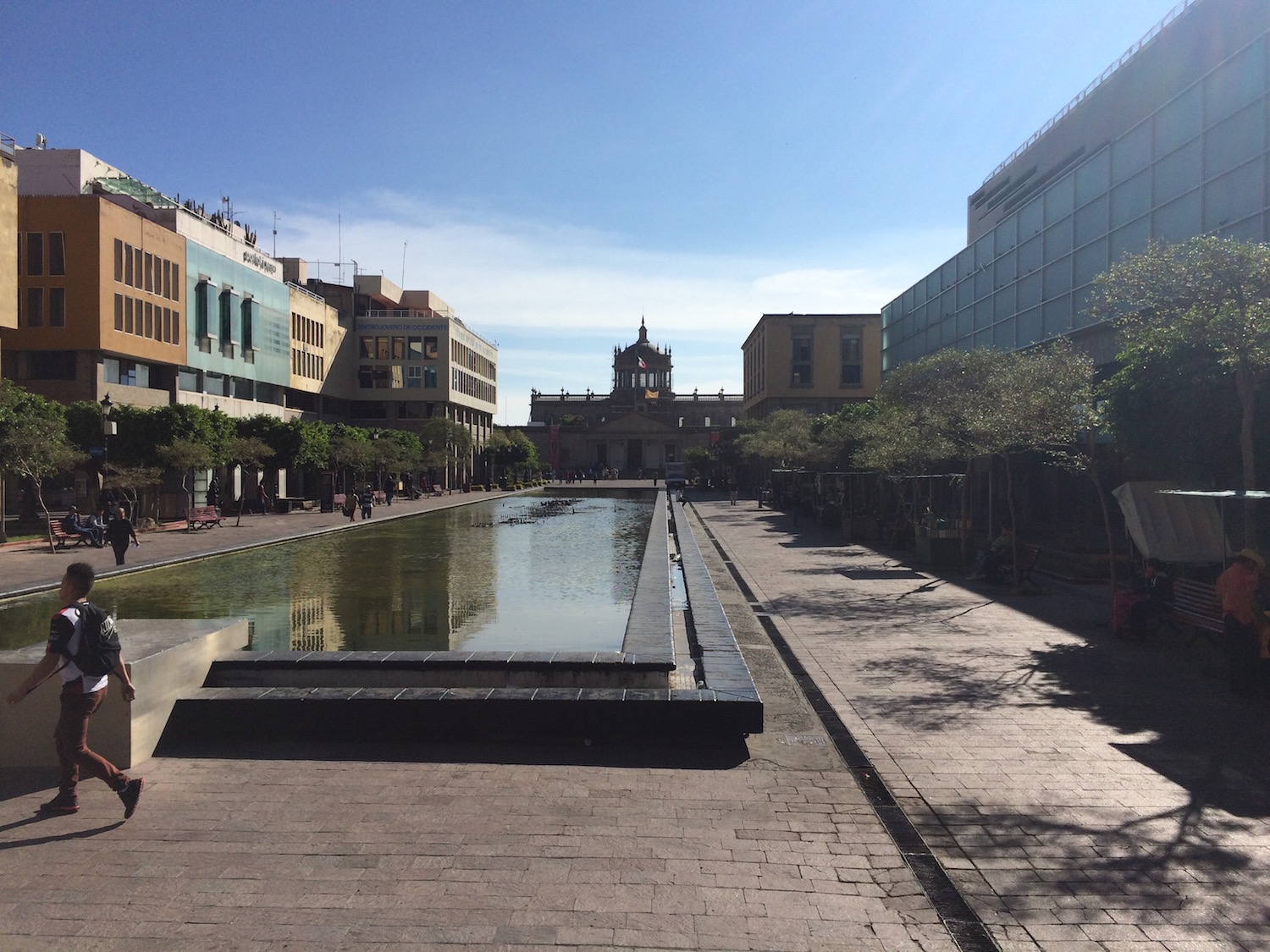 2pm was time to hit the training floor and check in. When you are a black belt or grading you are there when the doors open and be the last to leave. It is just how we roll. Below is an extract from Grand Master Facebook to save a bit of time.
GM Notes:
Day #1 of the 5 day ‘Hell Week’ got underway, first on deck for the Warm Up, Master Nick (UK). Then it was a day of kicking with all the kicks from White to Black covered, BSBN Corey (MN, USA) took mat #1 and BSBN Nathan (QLD, Aus) took mat #2. SBN Adrian (Sydney, Aus) then took the bonus seminar on special kicks and GMG wrapped up the day with miscellaneous techniques and grading preparation. Over 160 Kwan Nyom Hapkido students on the mats today! 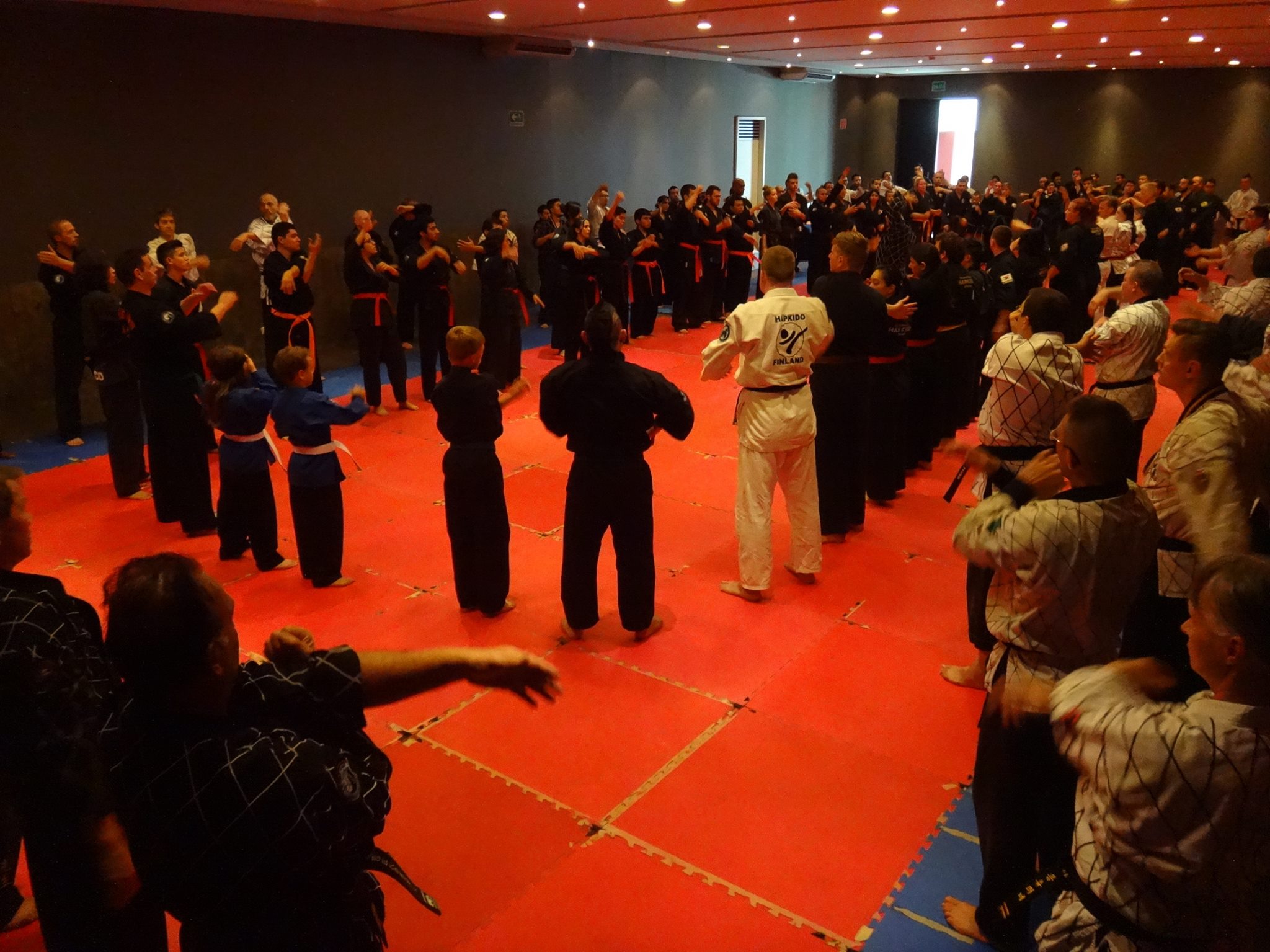 Sleep is starting to be a huge issue. Averaging about 4 hours a night and unsure if excited being at the ITS or time zone changes. Lets jut say both. It is wash day. 2 full days in sweat through the uniform time to wash. $2.50 for a full load of washing and powder. Things are so cheap. Again time to get to class early.

GM Notes:
Day #2 of the 5 day ‘Hell Week’ in the books. Today it was a day of striking with all the strikes from White to Black covered, BSBN Tina (Parramatta, Aus) took mat #1 and BSBN Corey (Hutchinson, MN, USA) took mat #2. SBN Tapio (Helsinki, Finland) then took the bonus seminar on getting to the clinch and finishes. A special event in the evening with a visit to the Mexican Wrestling (Lucha Libre) where the ITS crew (90+) got to enter the ring. 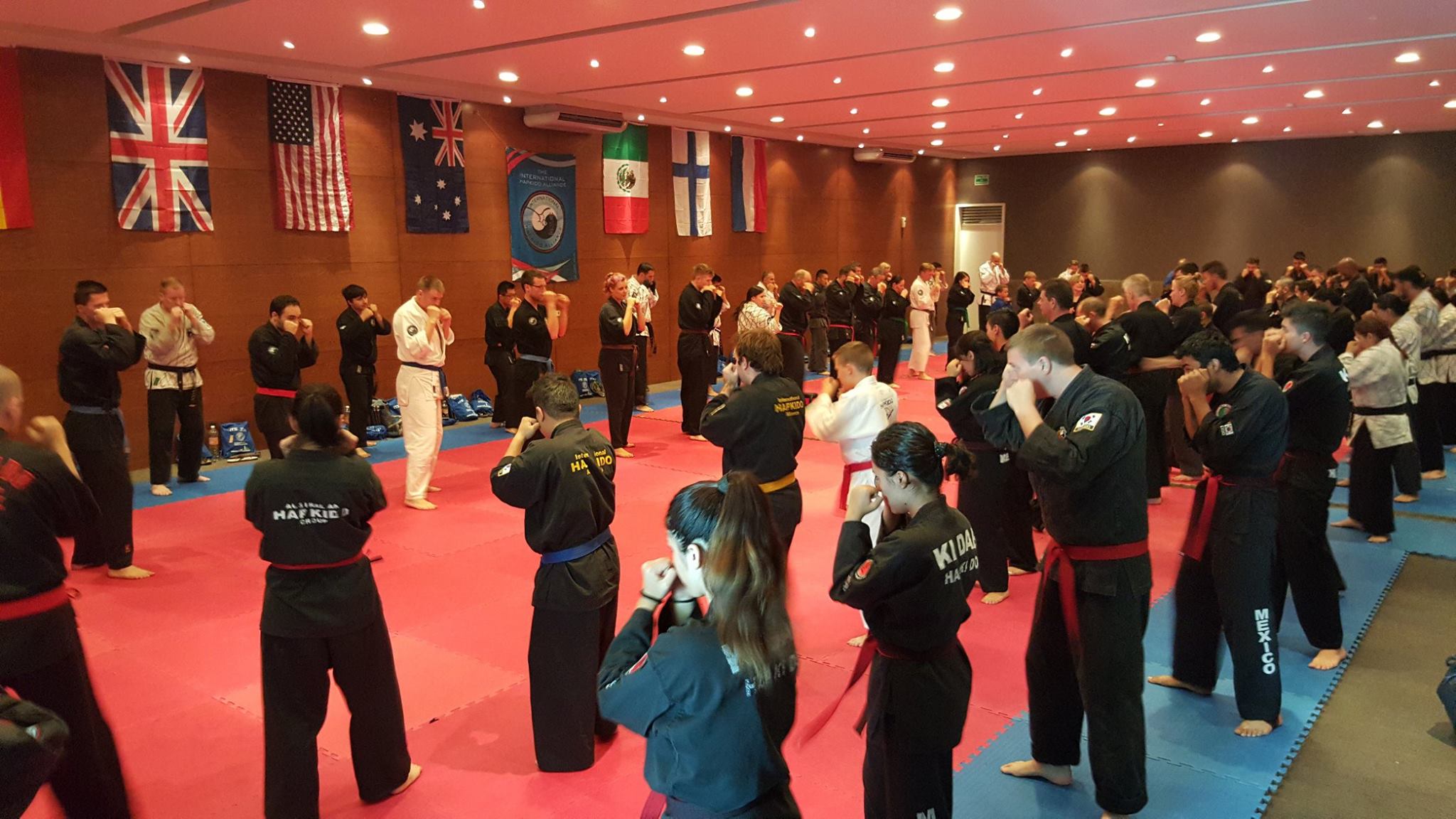 The mexican wrestling was so much fun. Some very impressive moves with people jumping in and out of the ring at great height. Very very impressive to see and well worth the trip if in Mexico. Chad and Neil really got into it with the photo below. 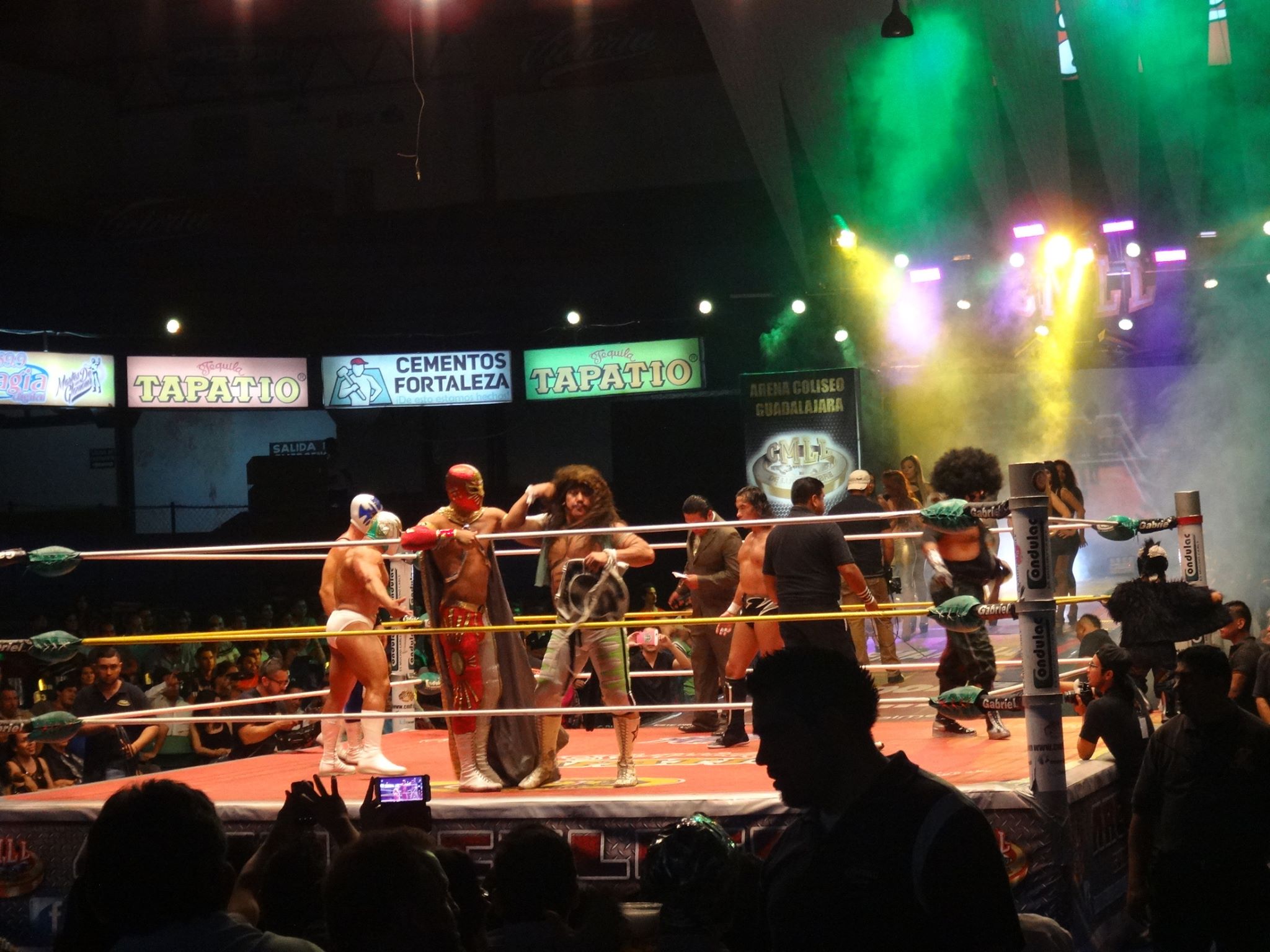 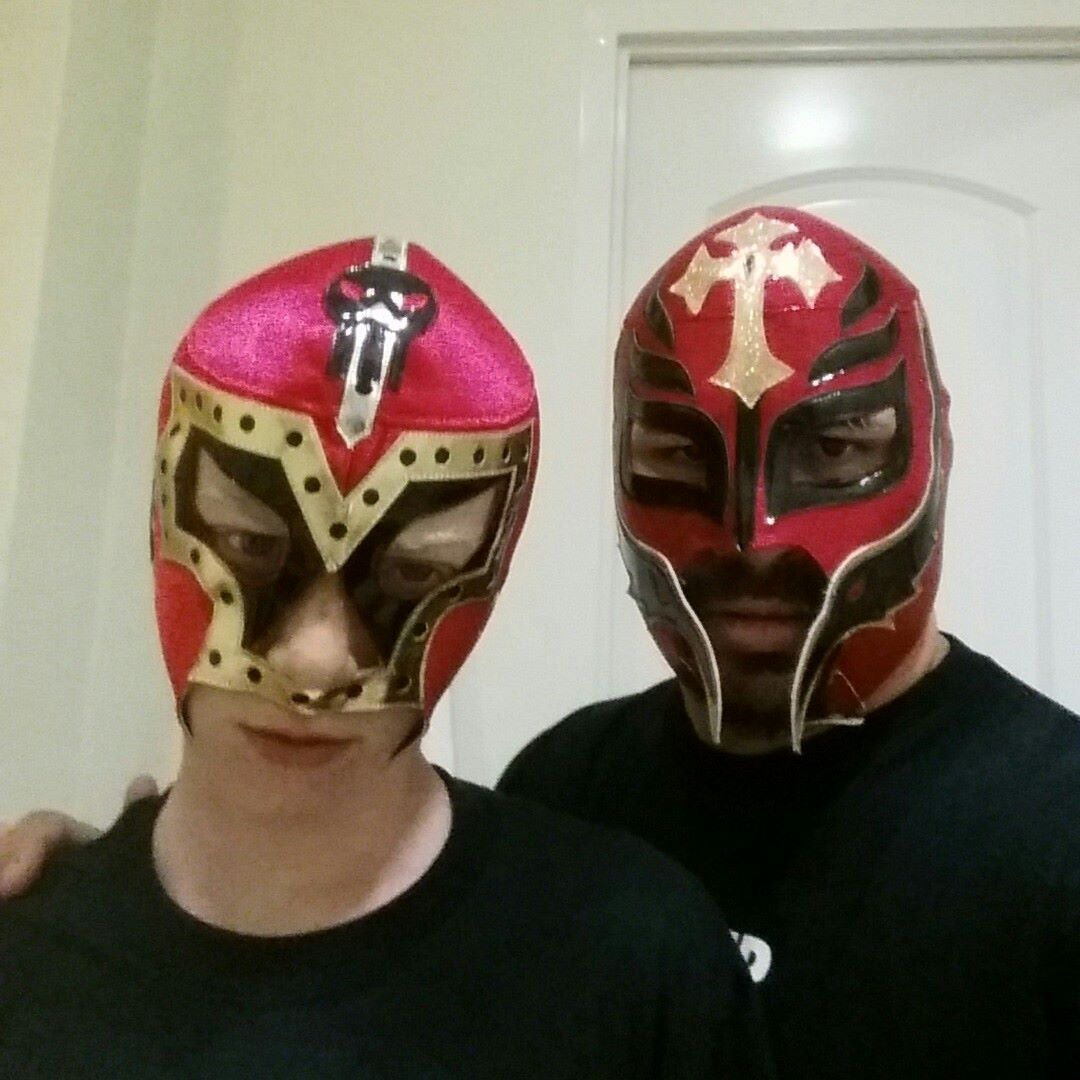 O.K. Yes sleep is now starting to be a main concern for most of us and Chad els are starting to really give him major grief. The provisionals are fired up after a great discussion with Master Jimmy and Grand Master. For the IHA Representatives we had our Bi Annual meeting which I know I am blown away with the direction of the IHA. It is amazing Grand Master vision for the group and we were witnessing something amazing here in Mexico. There is some great things a coming to the organisation and being a student is so exciting.

GM Notes:
Day #3 of the 5 day ‘Hell Week’ in the books. Today it was a day of self defence with Grandmaster teaching the concepts from White, Orange and Yellow Belt. A special seminar with a renown boxing instructor Julio Cardona, who bought some of this students including a former world #1 contender. Our students surprised Coach Julio with their Punching skills, which included some sparring the #1 contender.

Master Jimmy was one of the people sparring with the Former #1 contender and held his own quite well. Then a few other students got to spar as well. 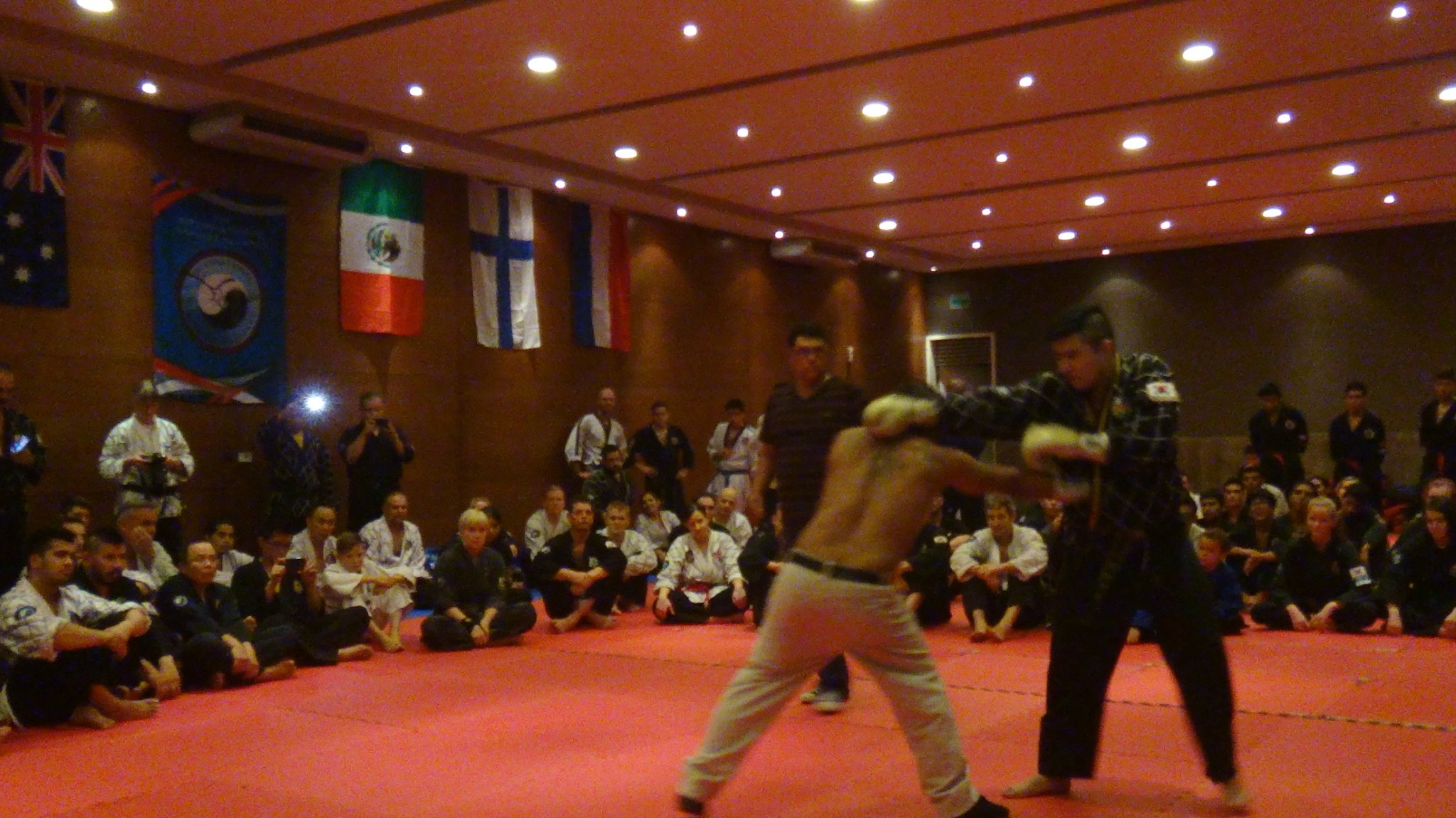 We had the morning to go and site see and over 80 of us went to Gauchimontones, the circular pyramids. I was baffled by the acoustic with talking really softly people could hear you perfectly from 150 metres away. This was awesome. Then off to lunch at an interesting place. Have to admit both Zeb and I ordered different steaks and they came out exactly the same. Lets put it this way I will avoid this food in the future or next visit to Mexico. PS – Still working out what animal the steak came from. 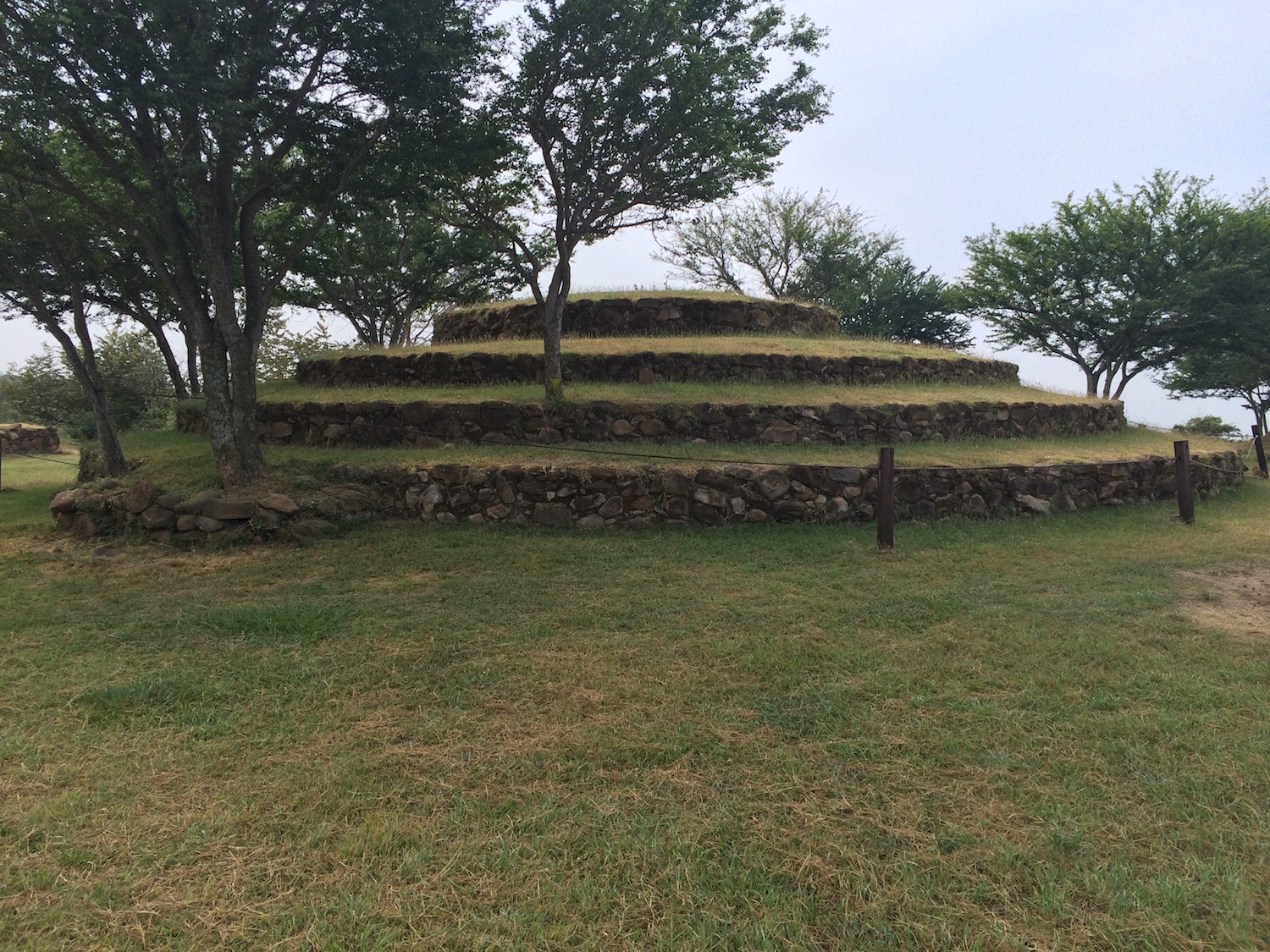 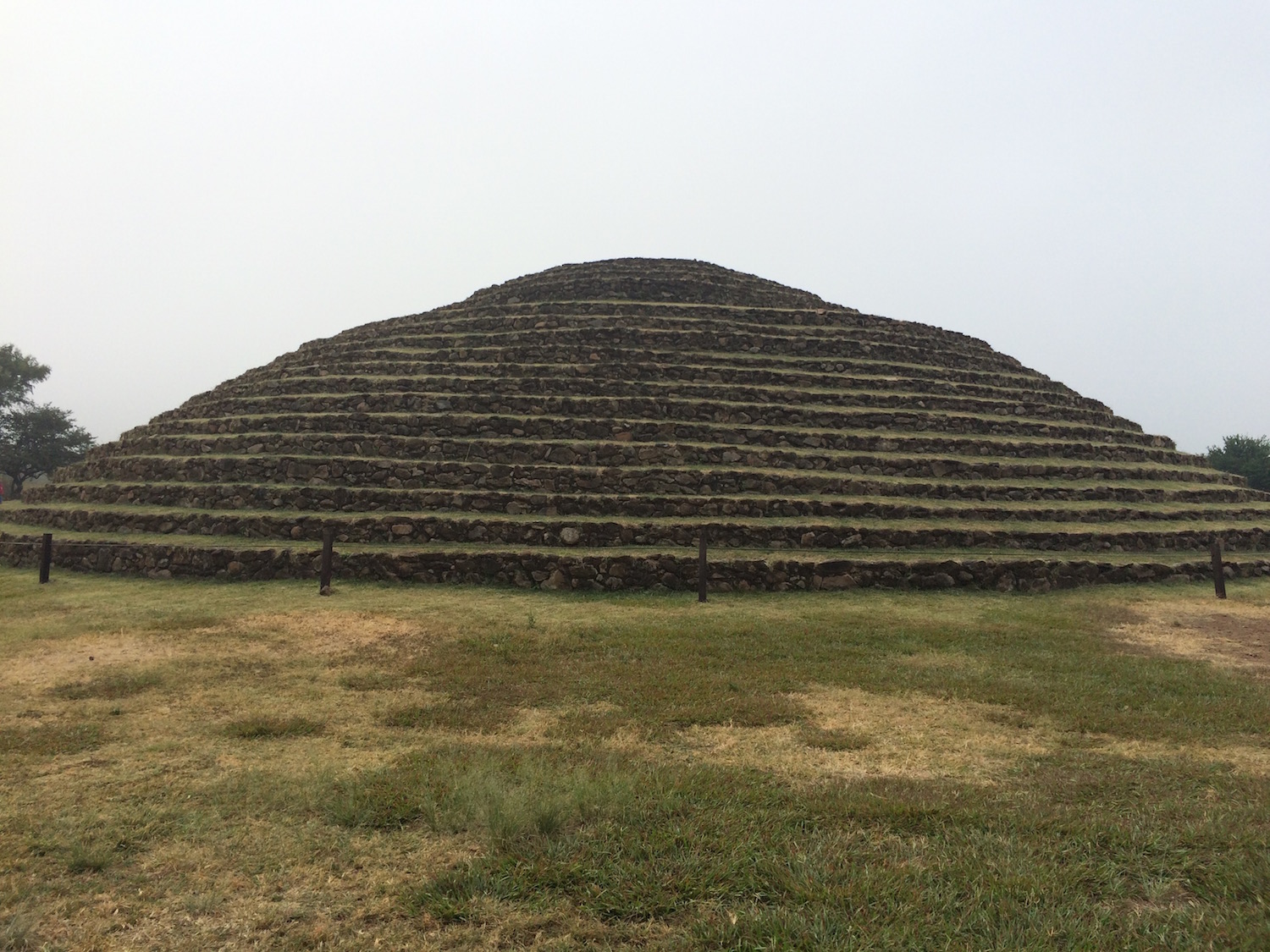 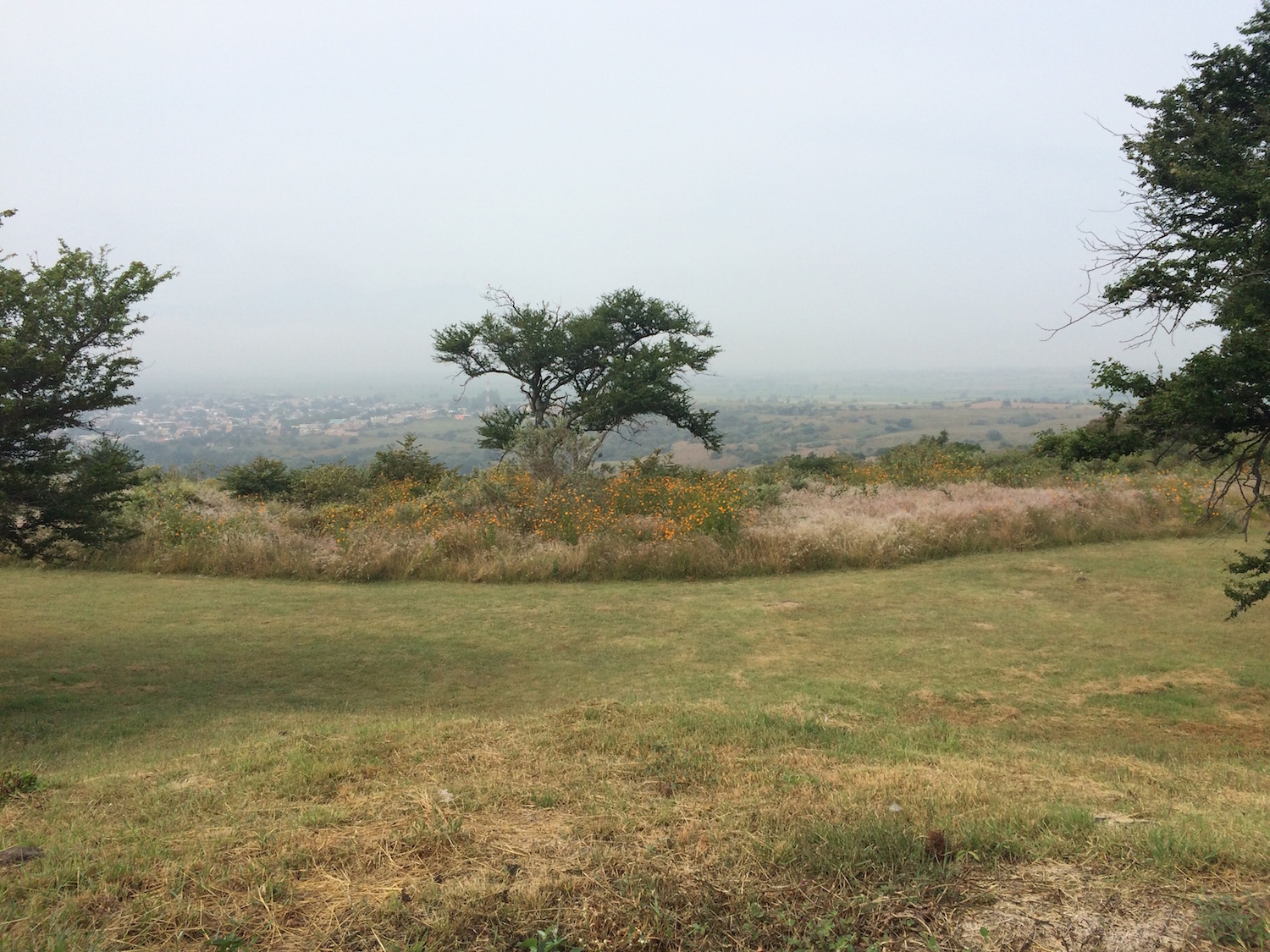 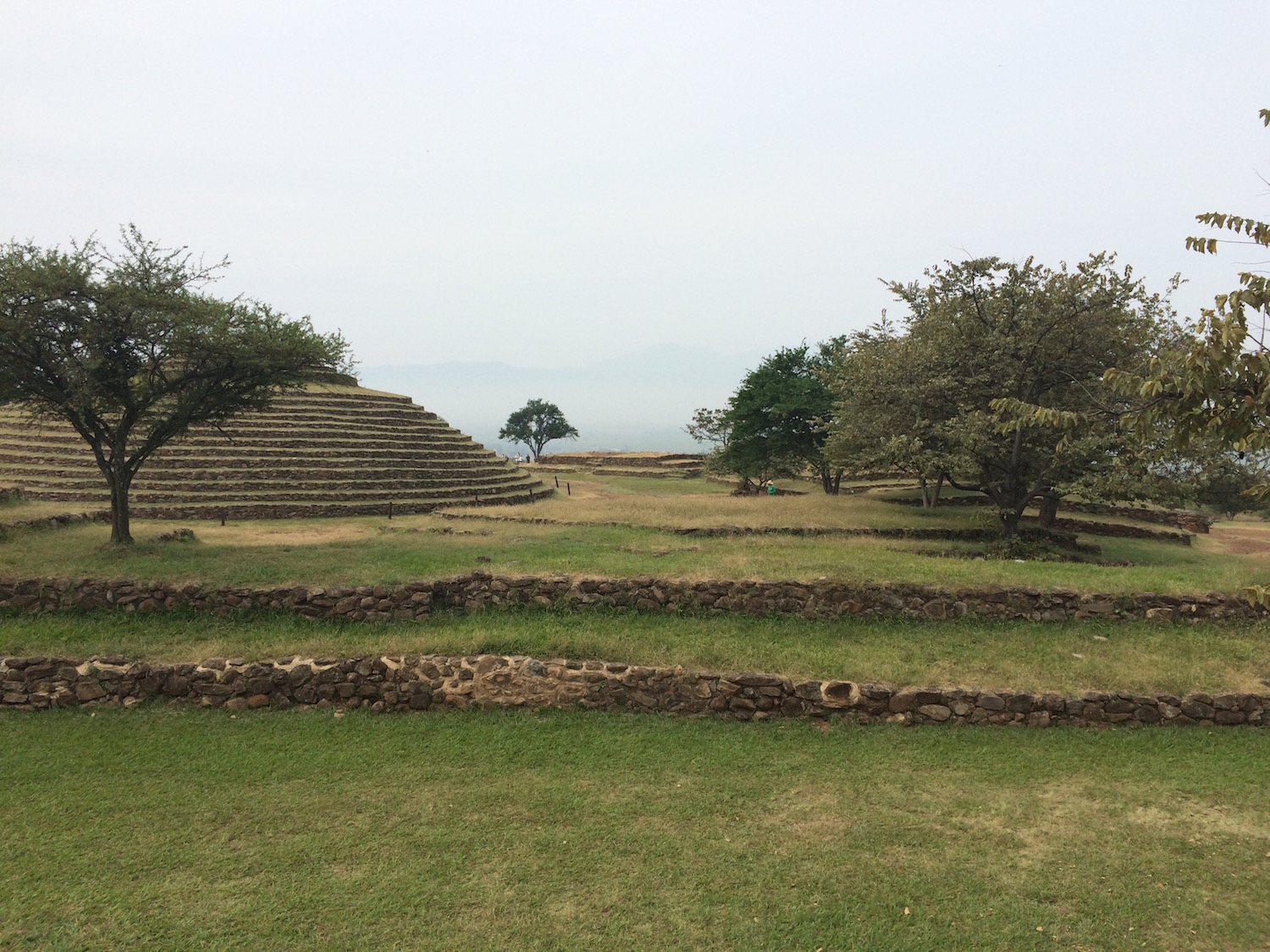 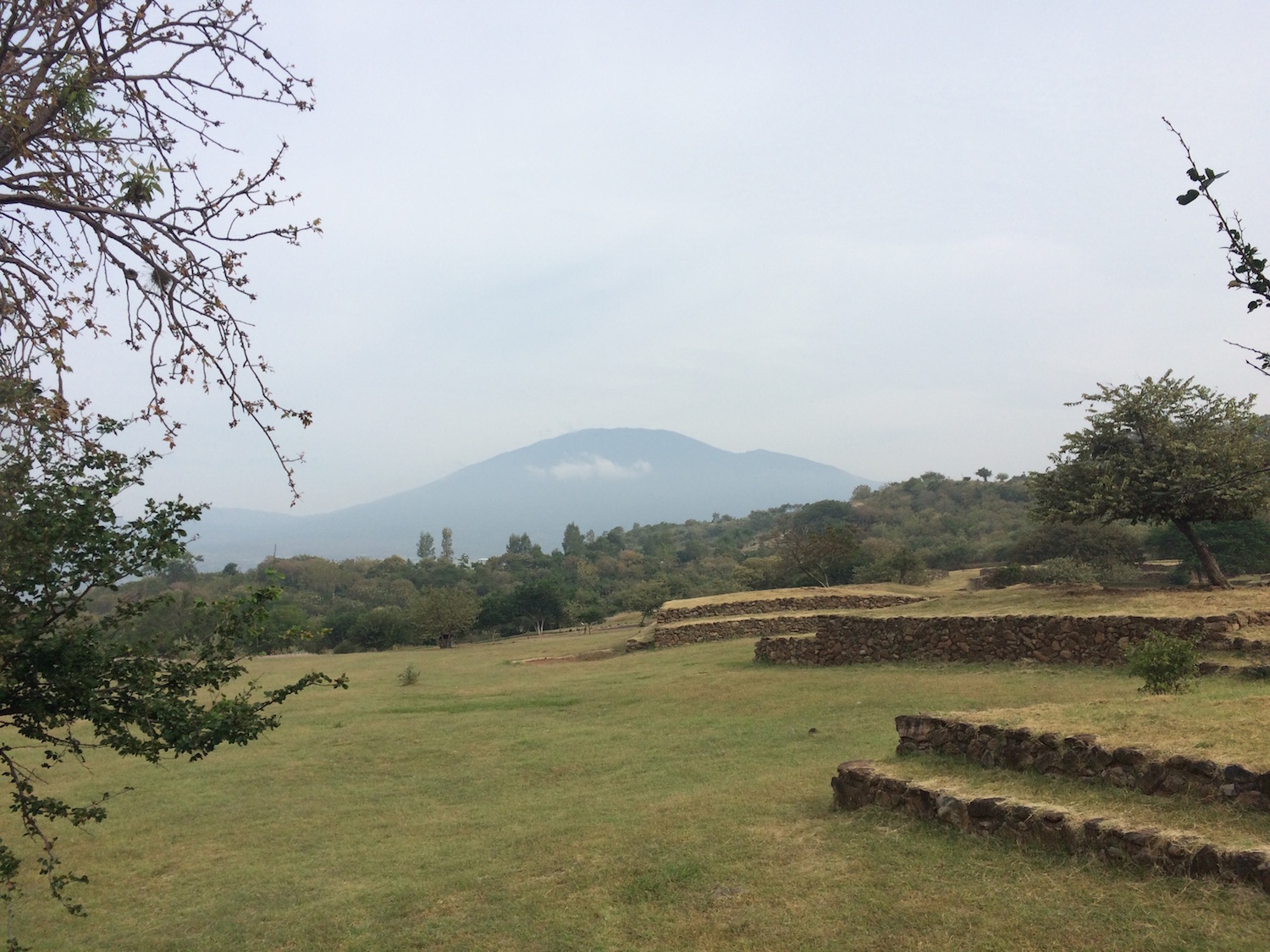 By the time we got back from the tour it was already past starting time so quickly grab uniforms in a flash and back o the training floor. We can see the change in the provisionals now and they are working harder then ever.

GM Notes:
Day #4 of the 5 day ‘Hell Week’ now complete. Back on the mats for more self defence Grandmaster teaching the concepts from Green, Blue and Brown Belts. The bonus seminar was with one of our own KJN Carlos Gallardo, who brought us up to speed on spinning hook kicks and its variations. The ITS Team also had a chance to experience one of the local historical sights with a road trip to Gauchimontones, the circular pyramids. We can also welcome Grandmasters MacKenzie, McMurray and Janisse to the ITS!

Injury count to date, Chad is now a write off, most have bruises and I know that I am extremely sore after jump spinning hooks and low spinning hooks. 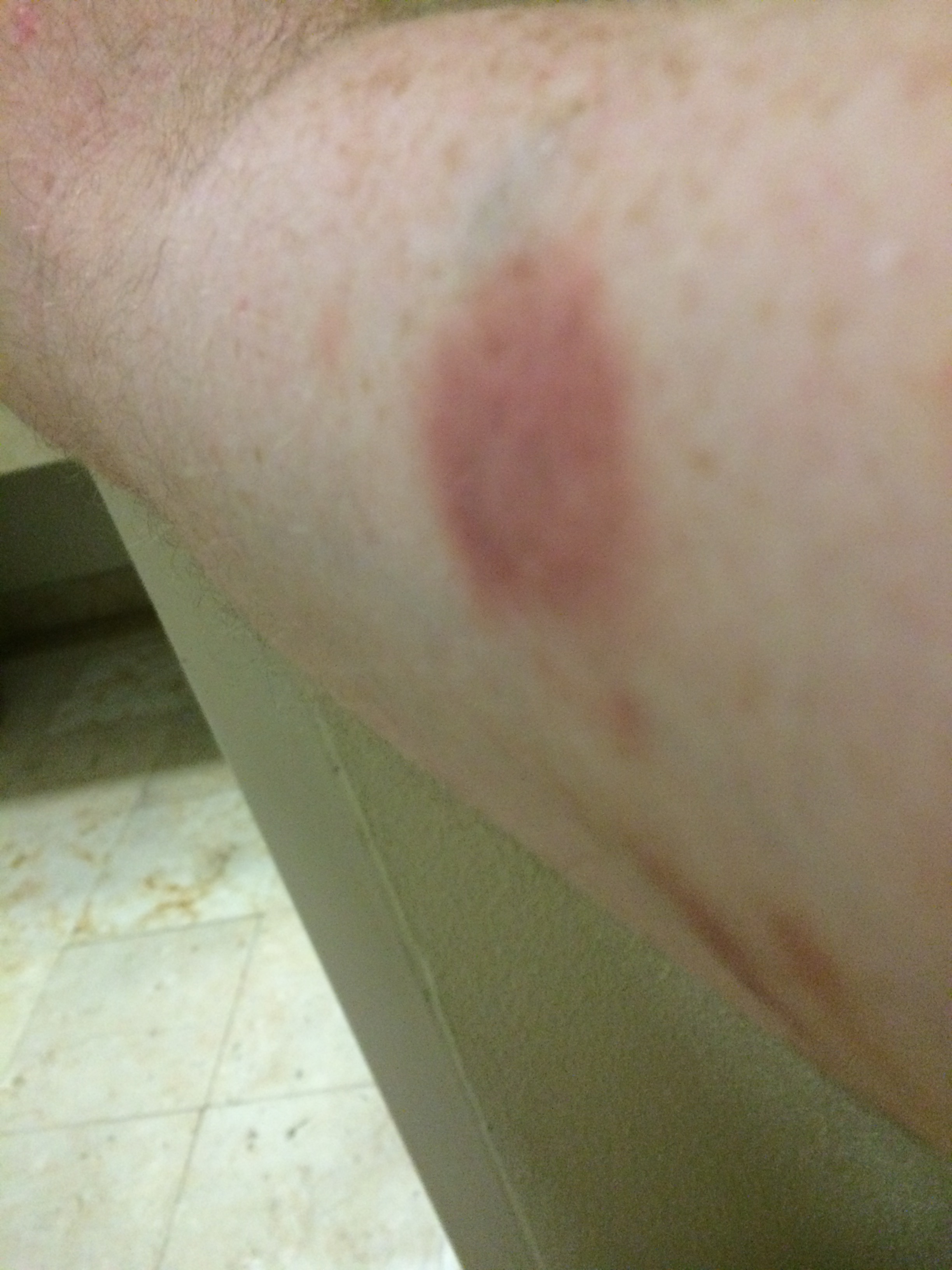 We also finally got the team photo of the QLD in front of the flags. Yay……Great looking group. 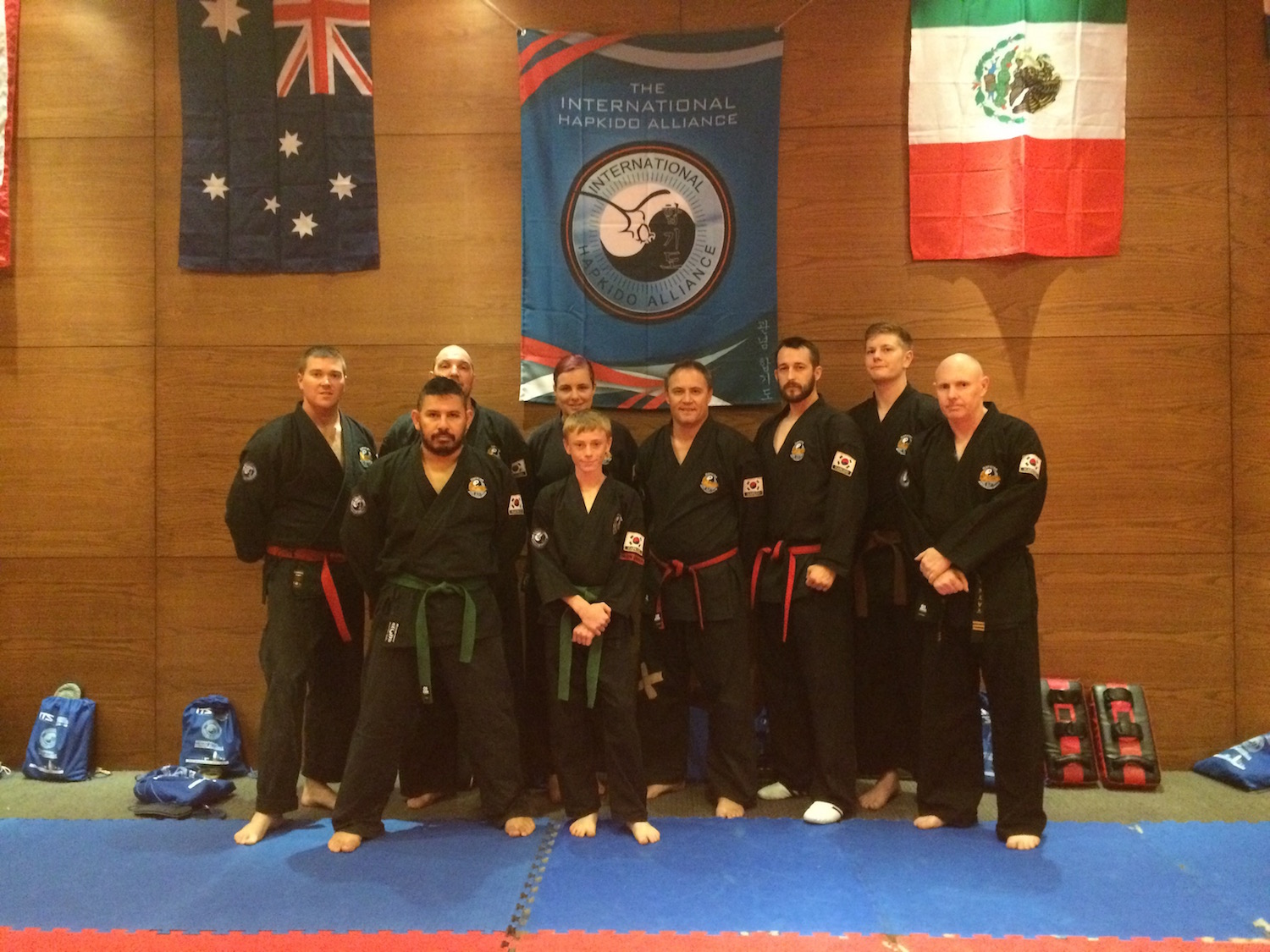 It is Hurricane Patricia. It was suppose to be one of the biggest storms in history though for the coastal towns there was some destruction, for us at the hotel there was a bit of wind and a bit of rain. Nothing more then that. Thank you to everyone asking if we are O.K. This was also the last day of official testing for the higher degrees. Last day to show what we need to show. I have to admit the Mexican Black Belt bought it. With help from all the internationals the Mexican Black Belts, the newest to the organisation, were just impressive. Going through their signatures in the week was amazing. Well done to those who were successful and the ones that weren’t then your effort was just as good.

GM Notes:
Day #5 of the 5 day ‘Hell Week’ – Officially Complete and Survived. The on Mat action included Break Falls with BSBN Nathan, Striking Drills with SBN Adrian, a guest seminar with Master Ellis, and to wrap up the day some Yoga with one of our local Black Belts CGN Humberto. Overall we had some 150 students officially complete Hell Week! So the ITS 6 Hell Week is in the Books and the team not only survived Hell Week but also Hurricane Patricia. Since Patricia had not registered for the ITS, we sent her packing! Tomorrow we kick off the Weekend of Wisdom with 4 Grandmasters, 5 Masters and 2 KJN’s. 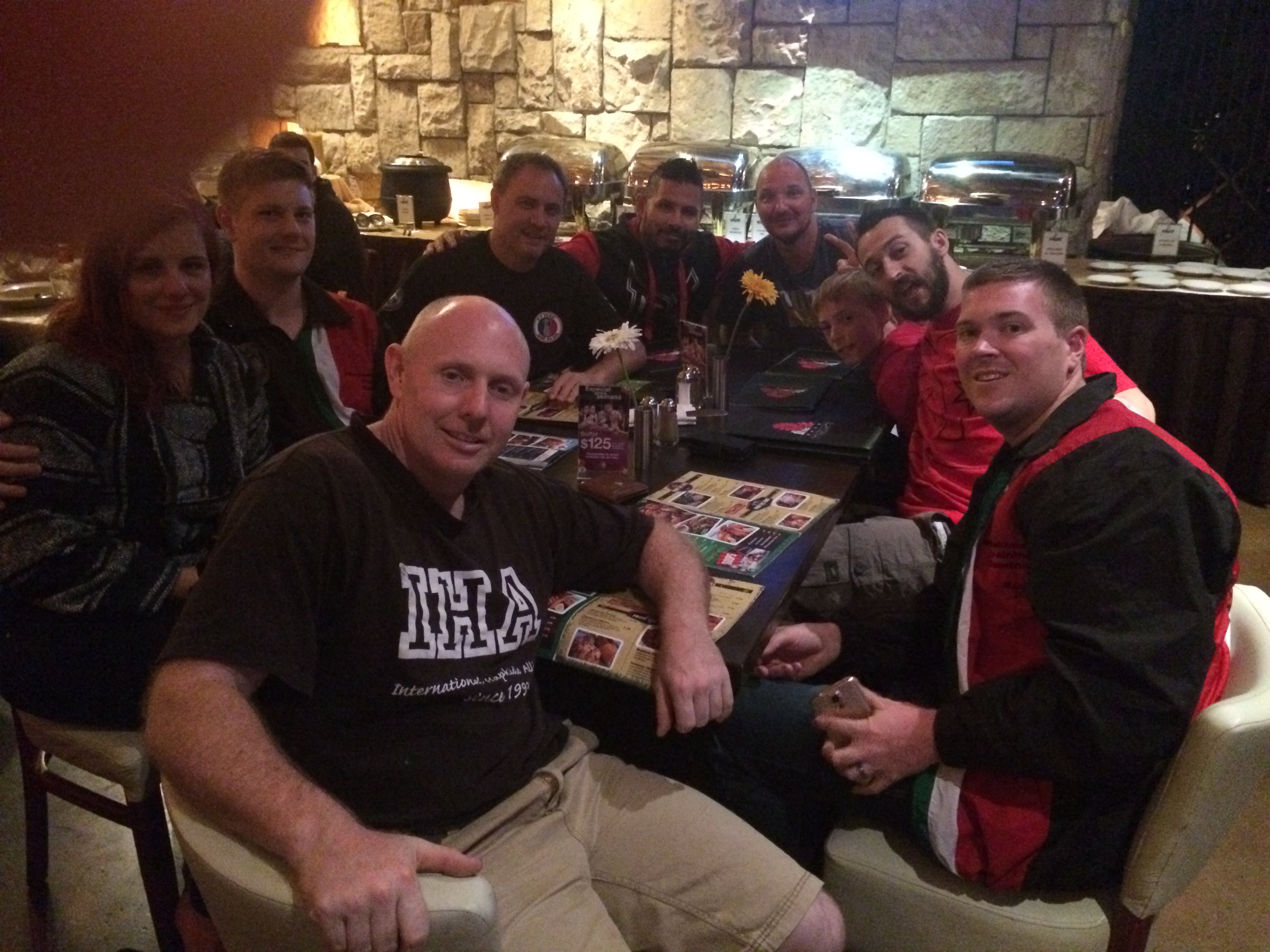 This was also the time the QLD team can get together the team dinner. We had been talking about it all week and Friday it was. The trouble with this was a lot of places were closed so we went to the hotel restaurant. 2.5 hours before our meals came out. Steve McLaurin was falling asleep at the table and must admit I was struggling. Finally back in our rooms at 1am.
Before we finished training we have to bring up the mats and get the flags down for the weekend of masters location. Being the provisionals Zeb and Steve got into and ripped them all up. It will be an early start in the morning. Testing was finally over and it was over to the senior belts to discuss how everyone went. Have to admit at this stage I was very nervous. Was enough done??? 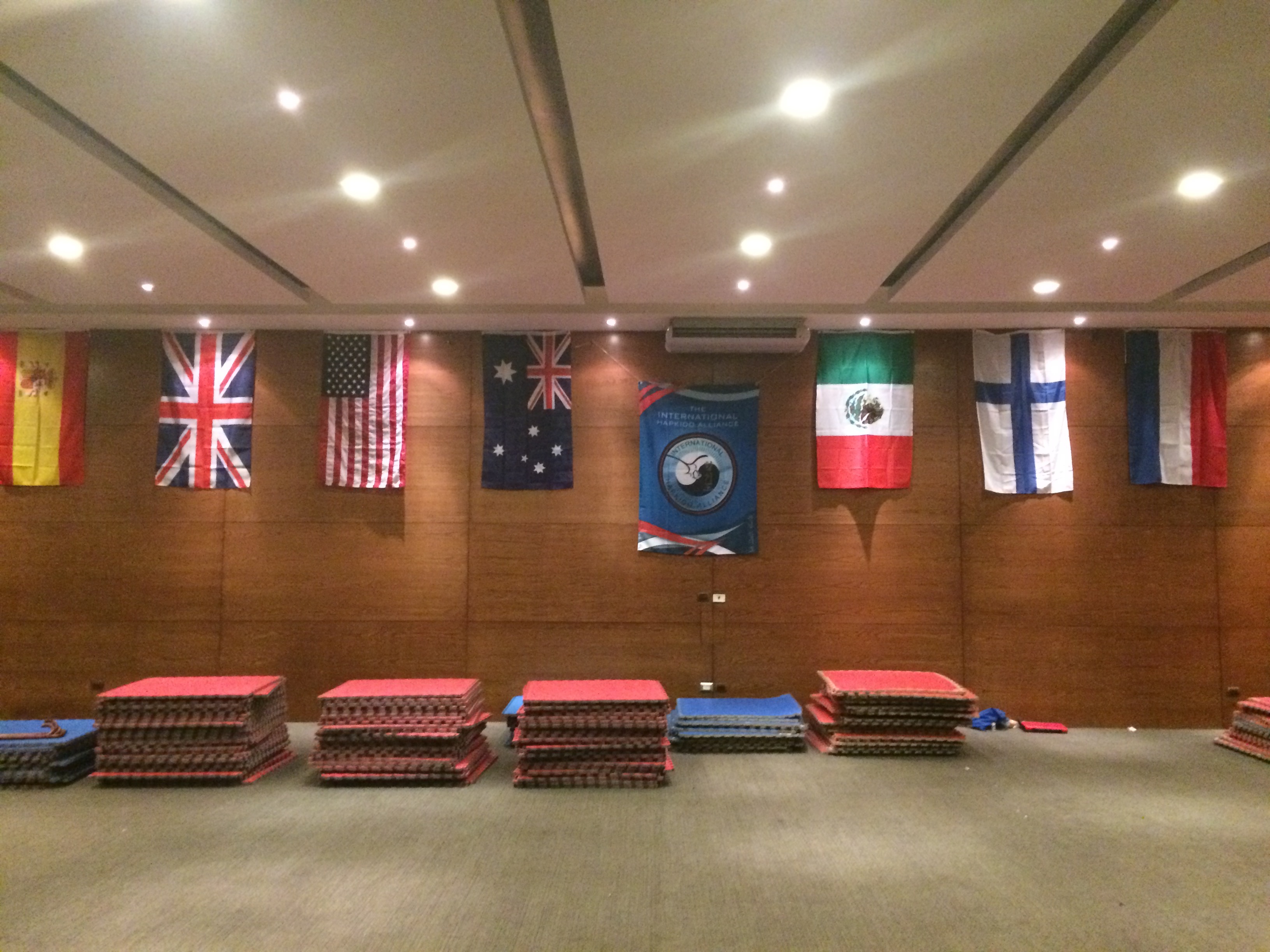