ITS 6 – Weekend of Masters

Well it was an early start for the provisionals and myself as we packed the truck with the mats and had to set them up at the new location where the weekend of masters was to be conducted. Sleep by now was non existence with myself having the worst night 1.5 hours in total. Chad also had the worst day for his legs and was shipped back to the hotel in the middle of the day for rest.

The day itself was amazing. The instructing and training had by all is awesome.

GM Notes:
Today was day #1 of the Weekend of Wisdom, each of our senior members and guests had the chance to teach some of their favourite topics, on deck today GM MacKenzie, GM McMurray, GM Janisse, Chief Master Gordon, Master Ceulen, Master Rijke, Master Tsavalos, Master Trinh, KJN Ernesto, and KJN Calderon. An incredible amount of students from 7 different countries all working together and sharing Hapkido! 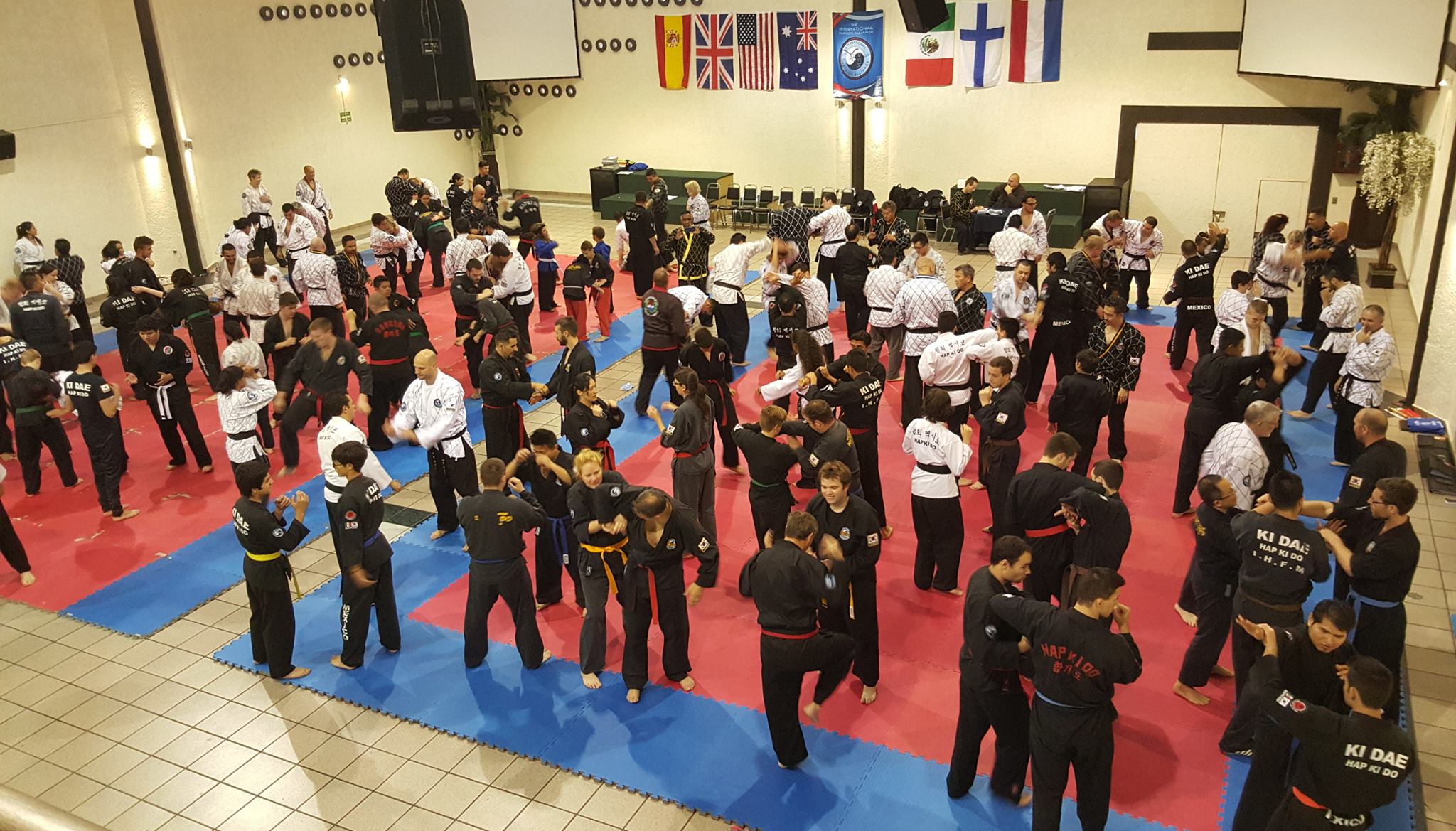 I learnt so much and have a list of variations at the ready.

It was back on the bus by 5:00pm and back to the hotel which was a 25 minute trip. With only 1 hour to get ready and rested it was into the suits and off we go. Back to the same location for the celebration dinner. The dinner is when the grading results are handed out and the 11 Provisional candidates successful achieved 1st degree black belt. The first to seconds were successful as well. Not all second to thirds were successful this time around though it will be a great learning exercise and keeps our quality at it’s peak. Now it was time for the 3rd to 4th Degree announcements and Grand Master gave a great speech of all the candidates. And we were all successful. A huge 15 year goal ticked off the list. Sir Tapio was also successful from 4th to 5th degree. 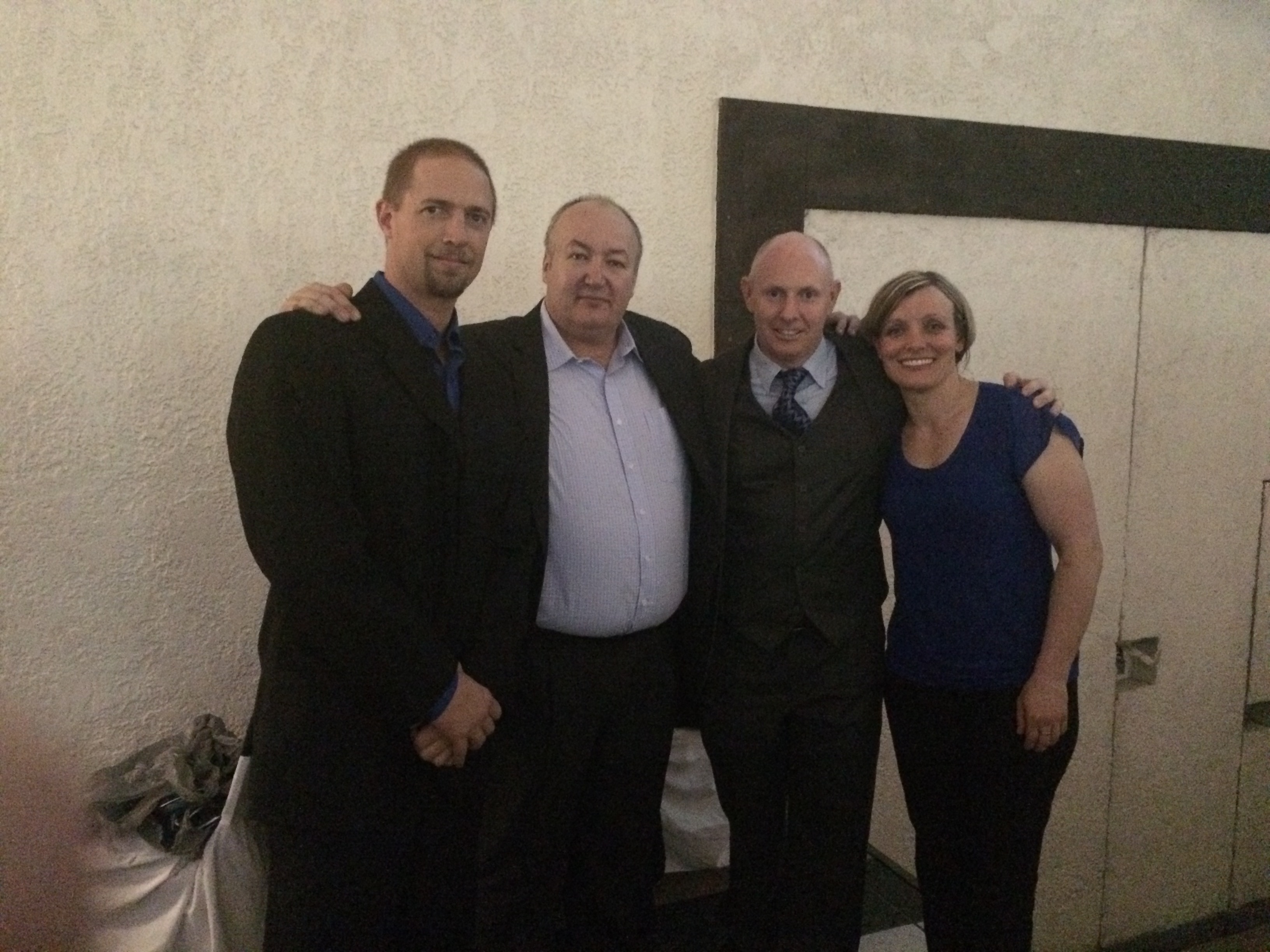 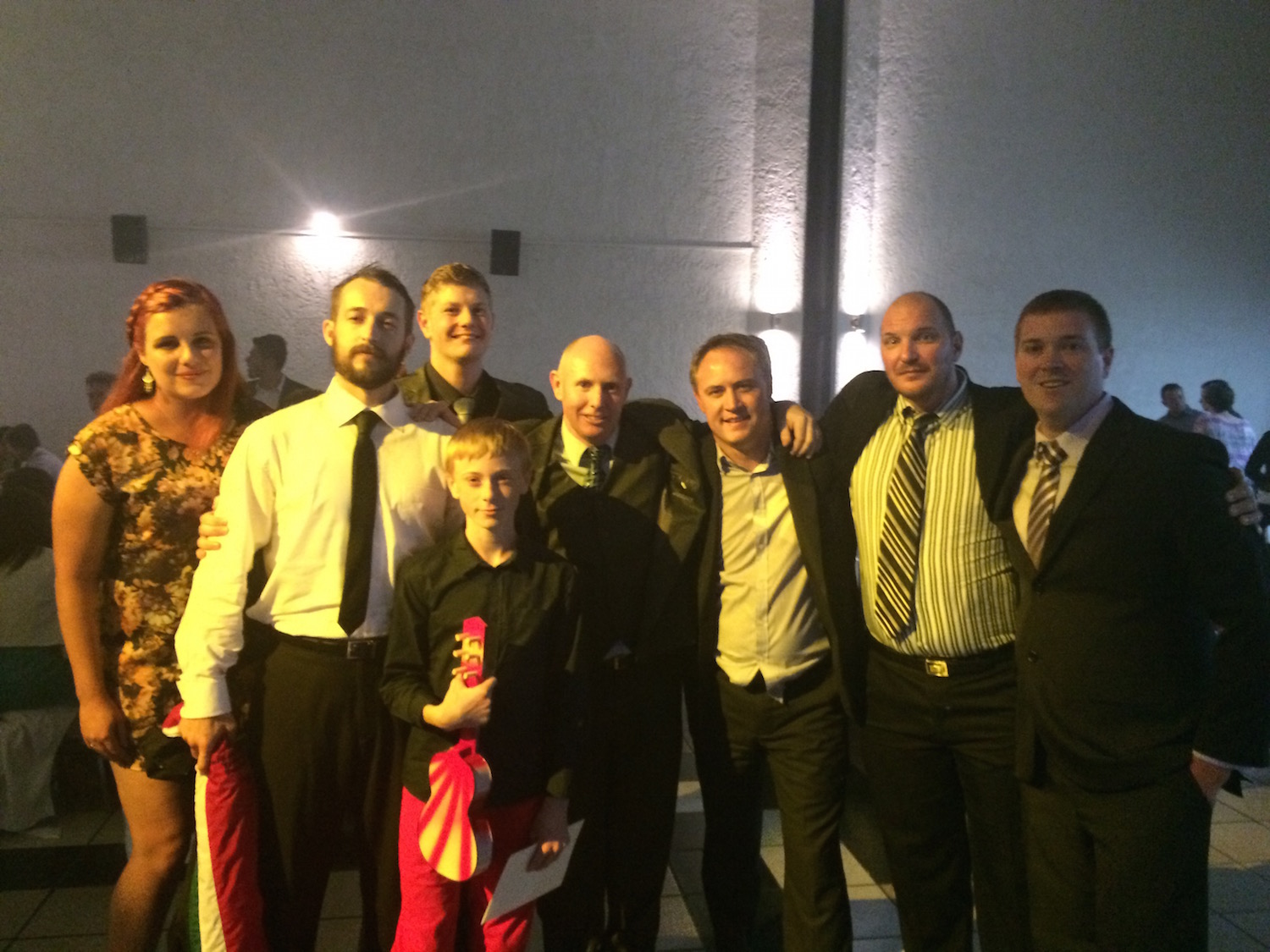 Another huge announcement on the night, Grand Master McMurray has joined the IHA which just speaks volumes on where the IHA is going. Absolutely incredible to have such an excellent martial arts group being part of our organisation. 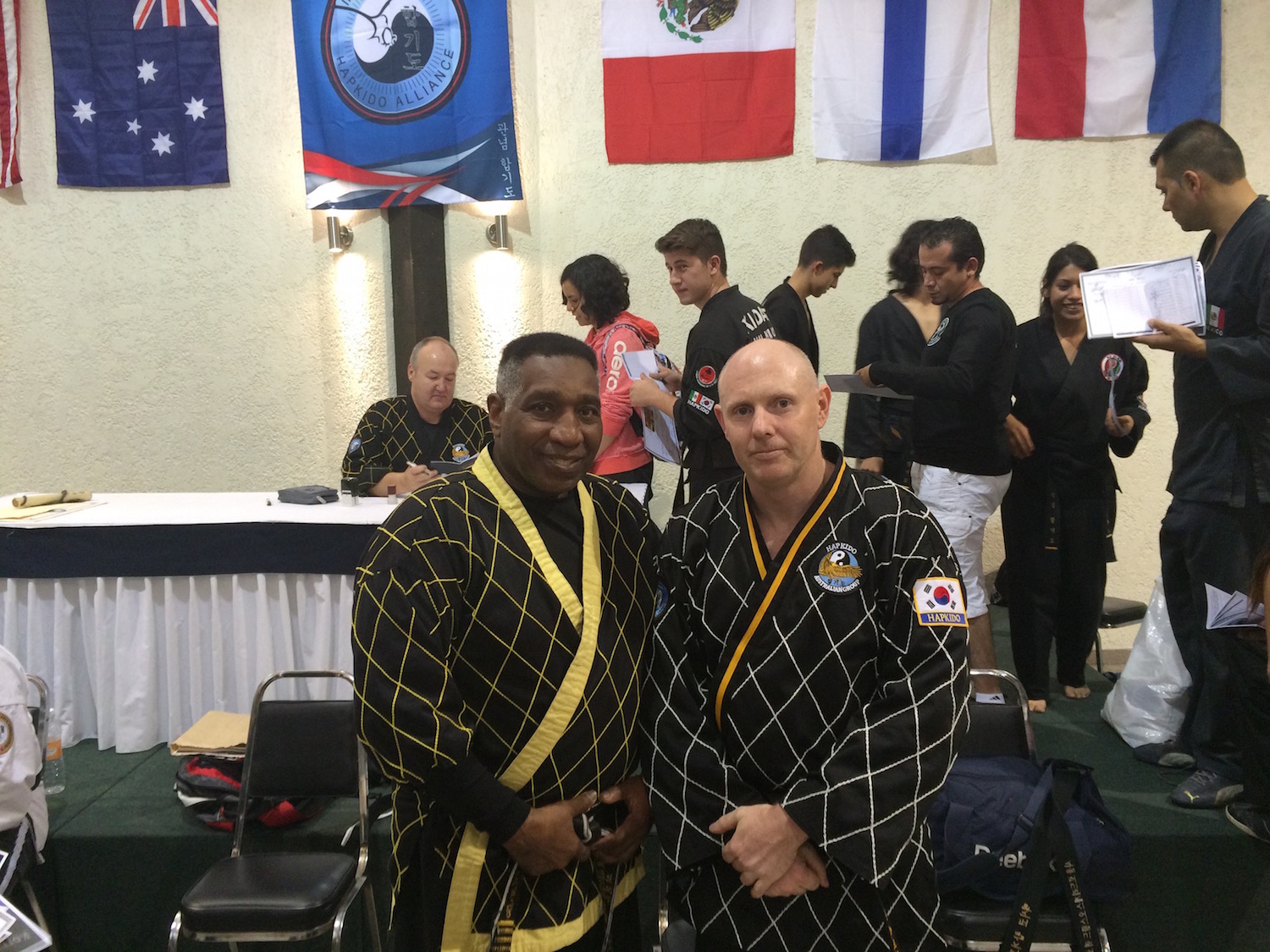 Now the big one, ITS 7 was announced and we are going to be in Australia, both in Sydney and the Great Barrier Reef. Time for the countdown 🙂

The dinner wrapped up with some partying. Have to admit the Mexicans know how to party and their will be some sore heads in the morning for Sunday session.

Sadly it is the last day. Time to reflect on such an amazing trip and still some training left. We went through some pictures for the new degrees and back jackets and then into the last bits of training. Wrapping up at 5:00pm with Grand Master Booth doing some quick techniques, it was time to say good bye and get the bus back to the hotel. The thing about the ITS is that it is being with family. We work so well together and it is just a universal language. Kwan Nyom Hapkido. Just amazing. 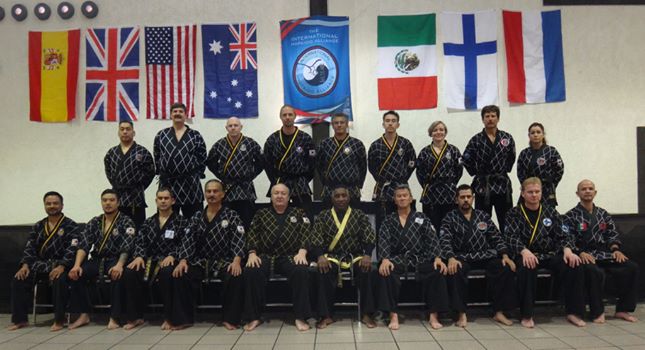 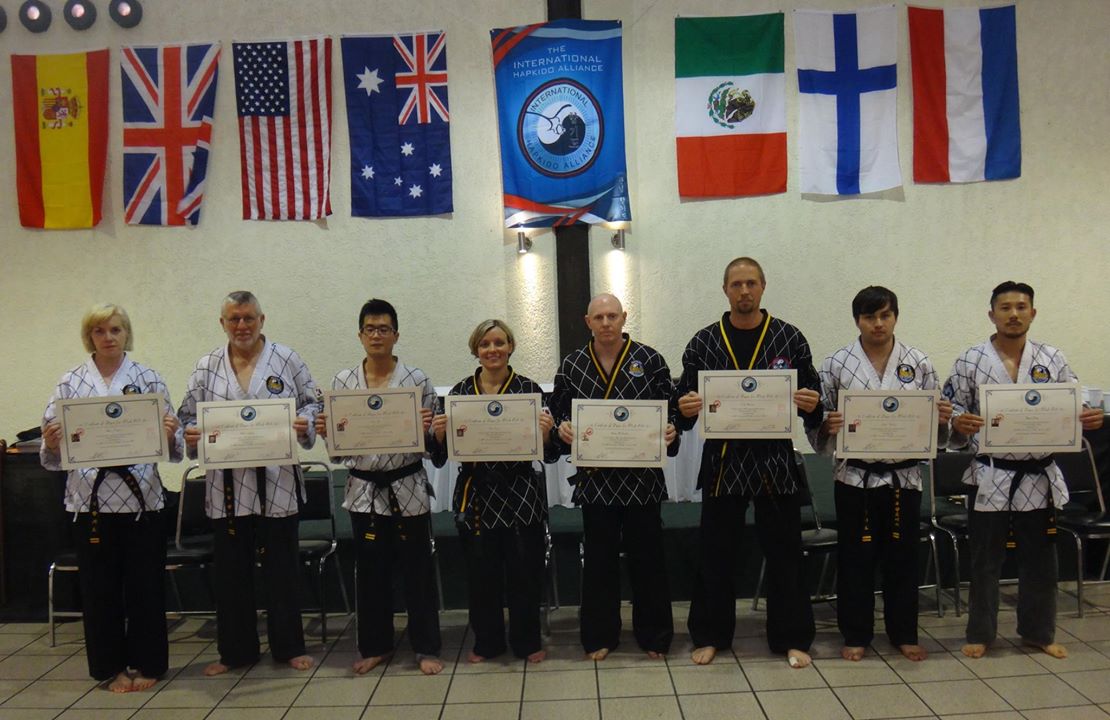 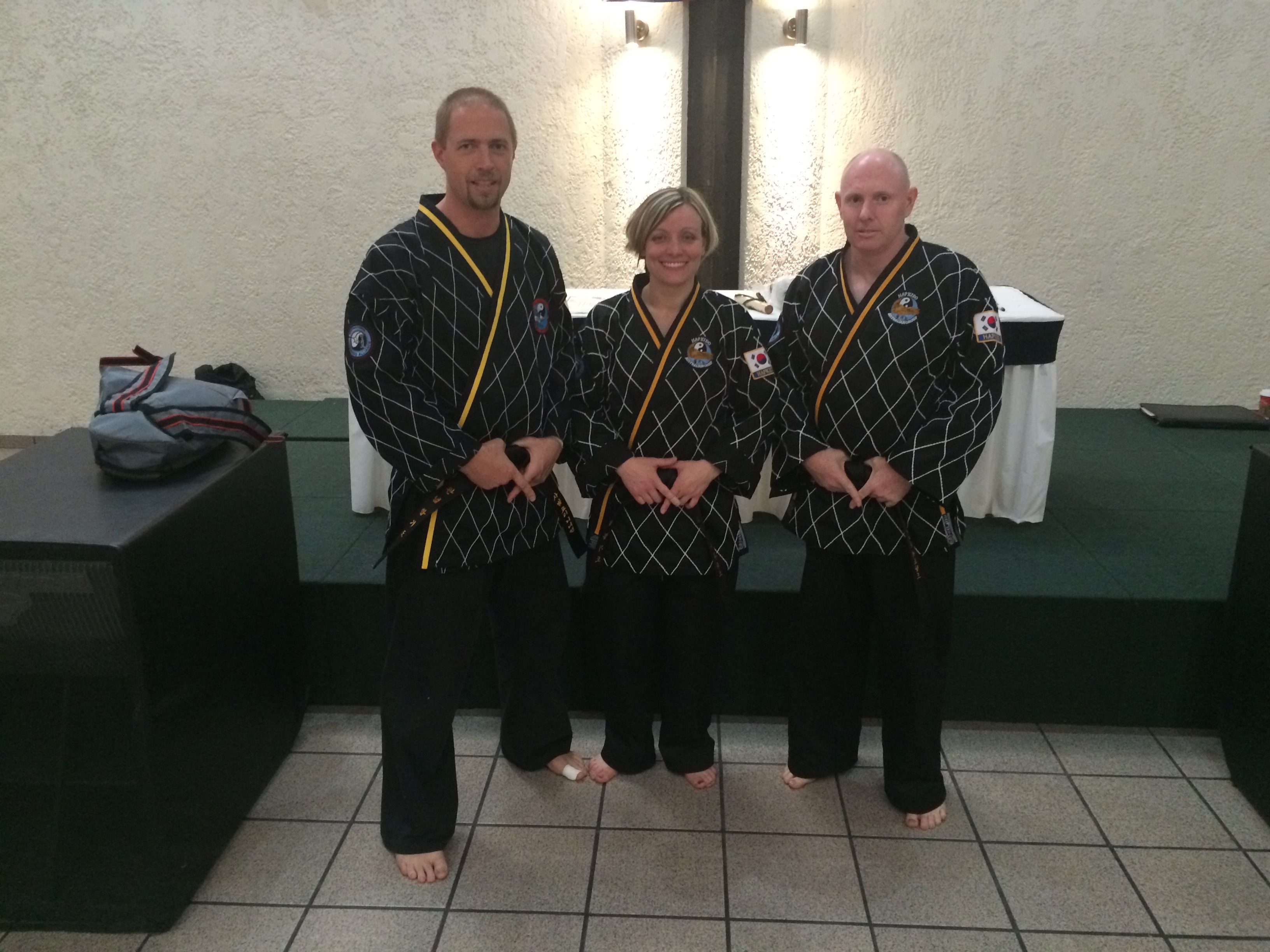 ITS 6 is now part of history. We wrapped up yesterday with the Celebration Dinner where a number of Black Belt promotions where announced, recognition and gifts presented, as well as the official reveal of ITS 7. The night wrapped up with lots of Music and Dancing.

Day #2 of the Weekend of Wisdom followed on with each of our senior members and guests Teaching a session, this time swapping groups from yesterday. It was without a doubt the best ITS to date and a full update will be posted in coming days with all the details.

After the good byes back on the bus for the last time. Some of the QLD team are off to Chinese for dinner and then back to the hotel. We had to be in taxis at 2:30am for a 6:30am flight to LA. I must admit I did pick up Matt’s bag at the airport by mistake and lucky enough he found me and could swap. I don’t wish my dirty underwear on my worst enemy. 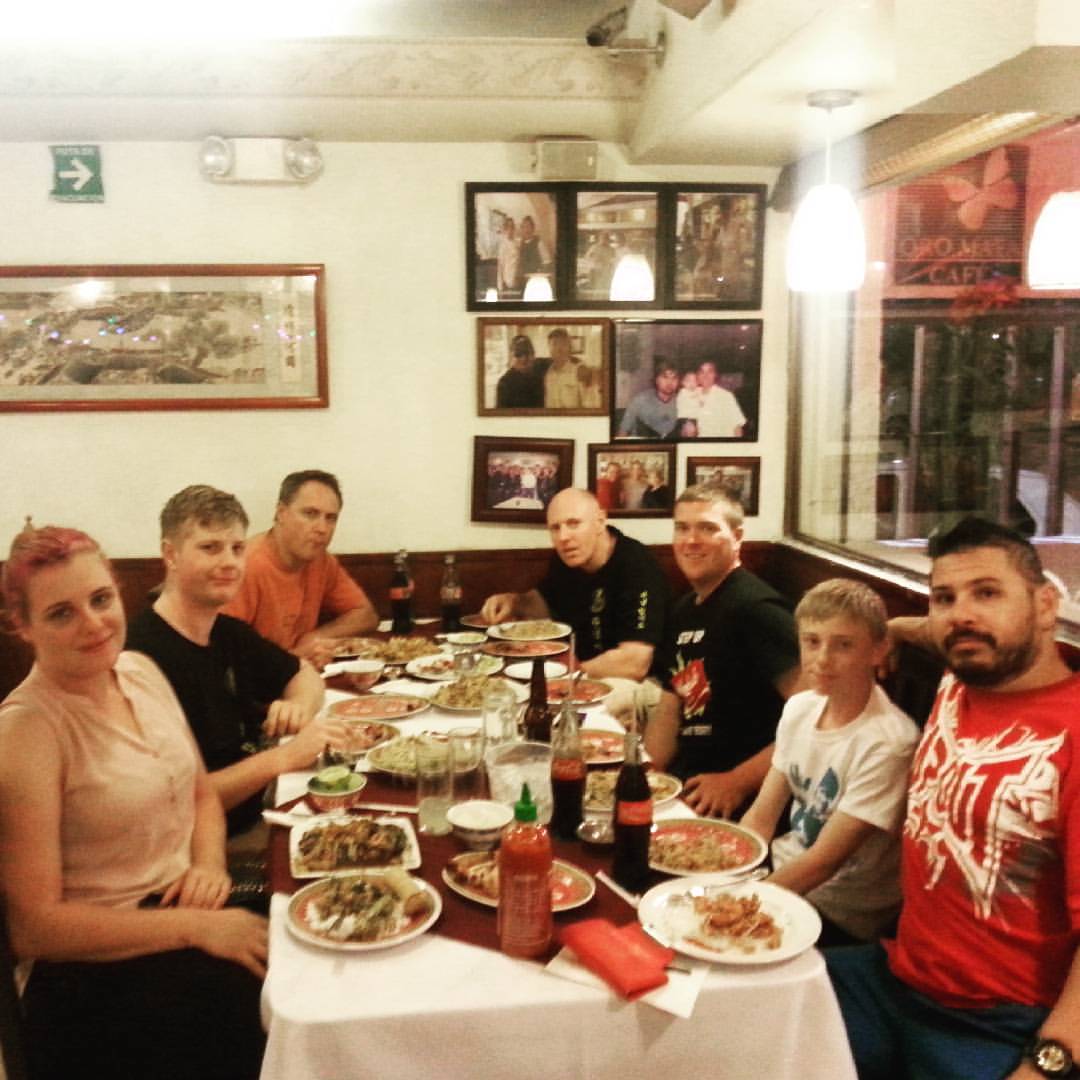 There is some huge thank you about now for the ITS Mexico:
Grand Master Booth – For making it a reality.
KJN Hugo – For being an amazing host and making the week run smoothly.

The Black Belts – For making the event that much more special 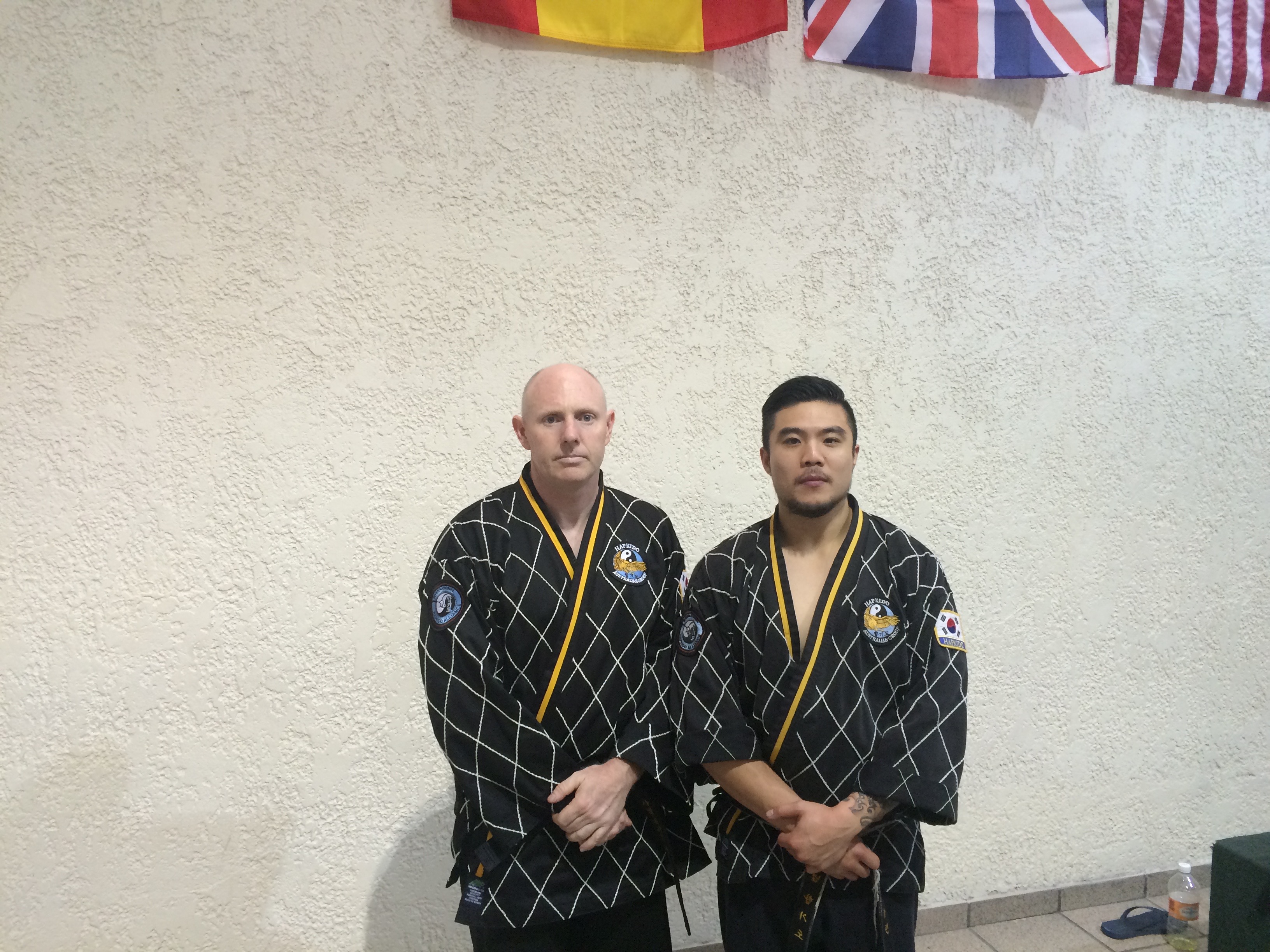 The Students – For the energy and effort put into training.
QLD Team – For experiencing the best ITS ever and being part of history. A trip that won’t be forgotten.
Thank you and can’t wait till ITS 7