The International Training Seminar (ITS) happens every two years, and brings together martial artists from around the world. Representatives from the International Hapkido Alliance (IHA) come to train together for a week at a location somewhere in the world: and this year, the ITS was held in Sydney, Australia. Seventeen members of Bayside Hapkido took part in either the training, or came to support the candidates testing for first degree black belt during the ITS. This event was a huge success overall; Grandmaster Booth has put together an absolutely amazing week of training. The Queenslanders trained hard, learned a great deal… and came away with three new black belts, who did themselves and SBN Nathan extremely proud. 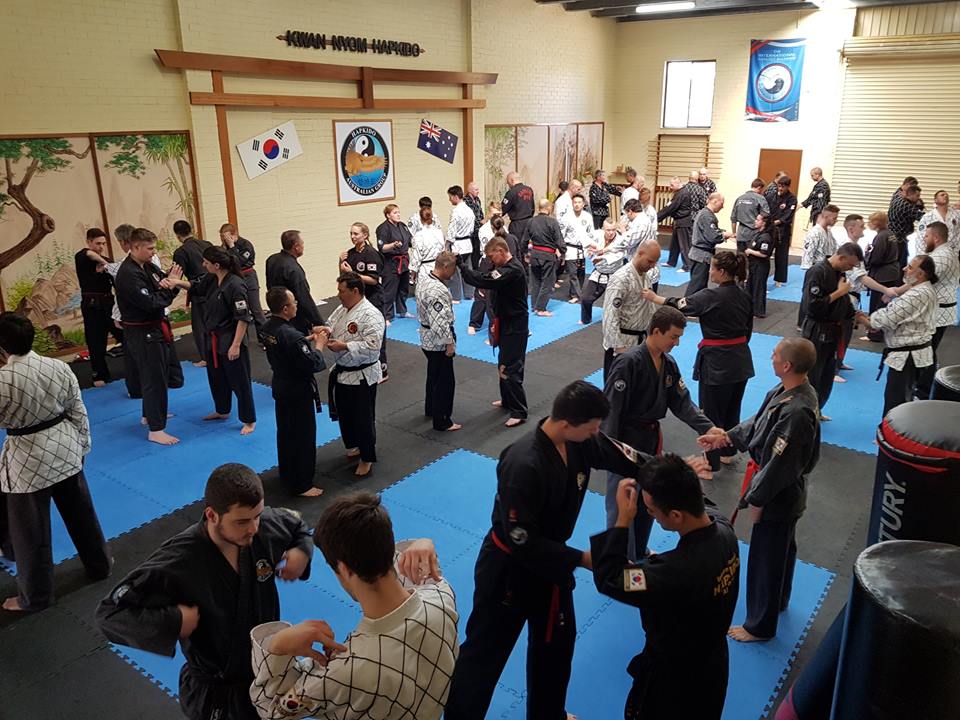 Sun Bae was a fantastic opportunity for red belts and above to train together and practice some higher level techniques. The 2017 Sun Bae involved 60 senior members on the mats practicing fifth-degree black belt concepts. Following this, the red belts and provisionals left the dojang at Moorebank to the black belts, who completed their physical challenge and grading requirements for those black belts who were testing.

Hell week is five massive days of training for anyone who wants to participate. The entire coloured belt curriculum is covered by senior black belts in the organistation, for everyone to revise (and for coloured belts to test out some of the higher-belt techniques!). The atmosphere is wonderful, with people from all dojangs from around the world training together: there are language barriers, but the IHA family trains together seamlessly. 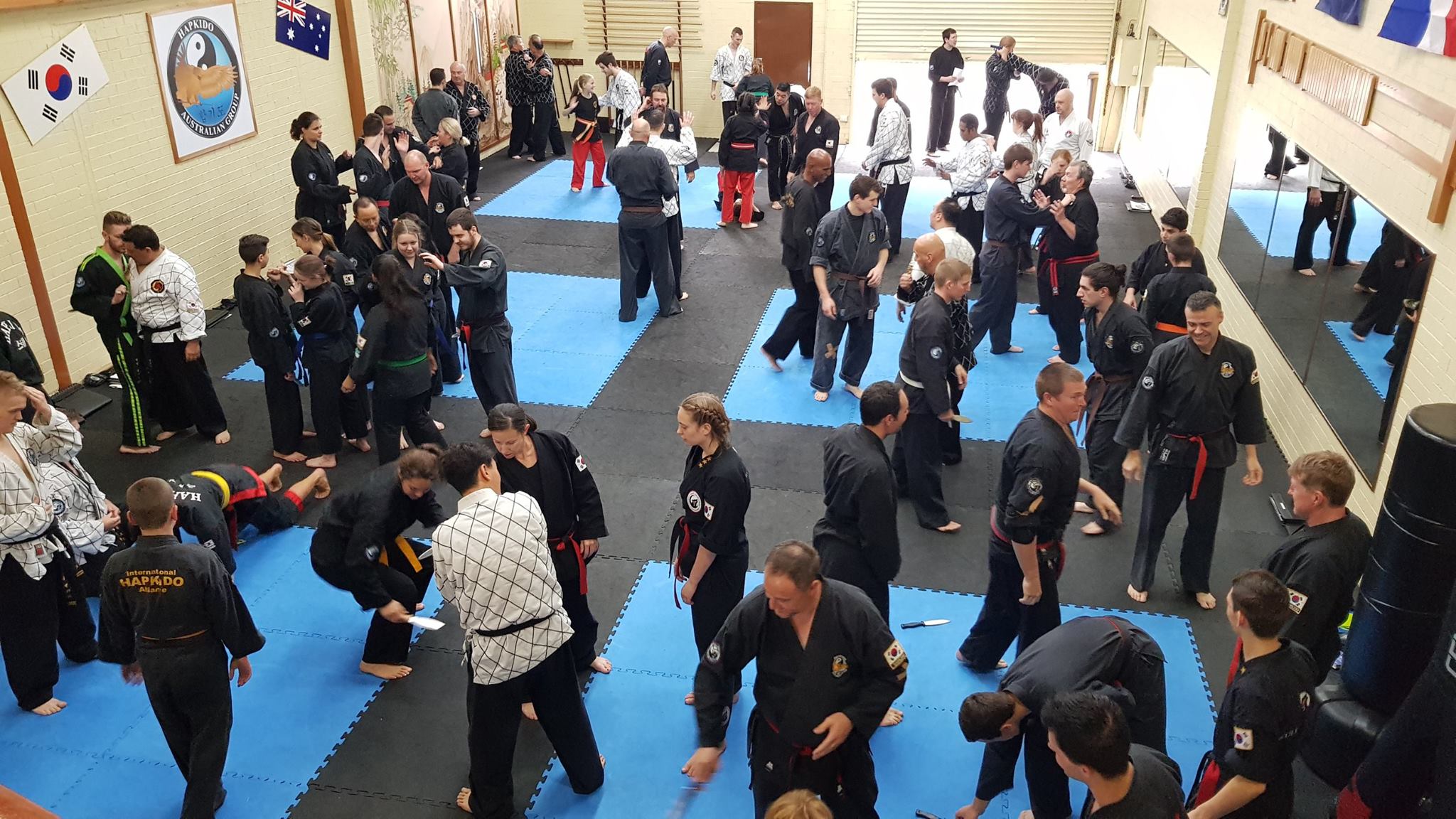 As well as the IHA syllabus, those who participate got to practice techniques from special guest instructors. IHA Hapkidoists were able to learn techniques from different styles of hapkido, boxing, kickboxing, judo throwing, and a goldmine of variation techniques. 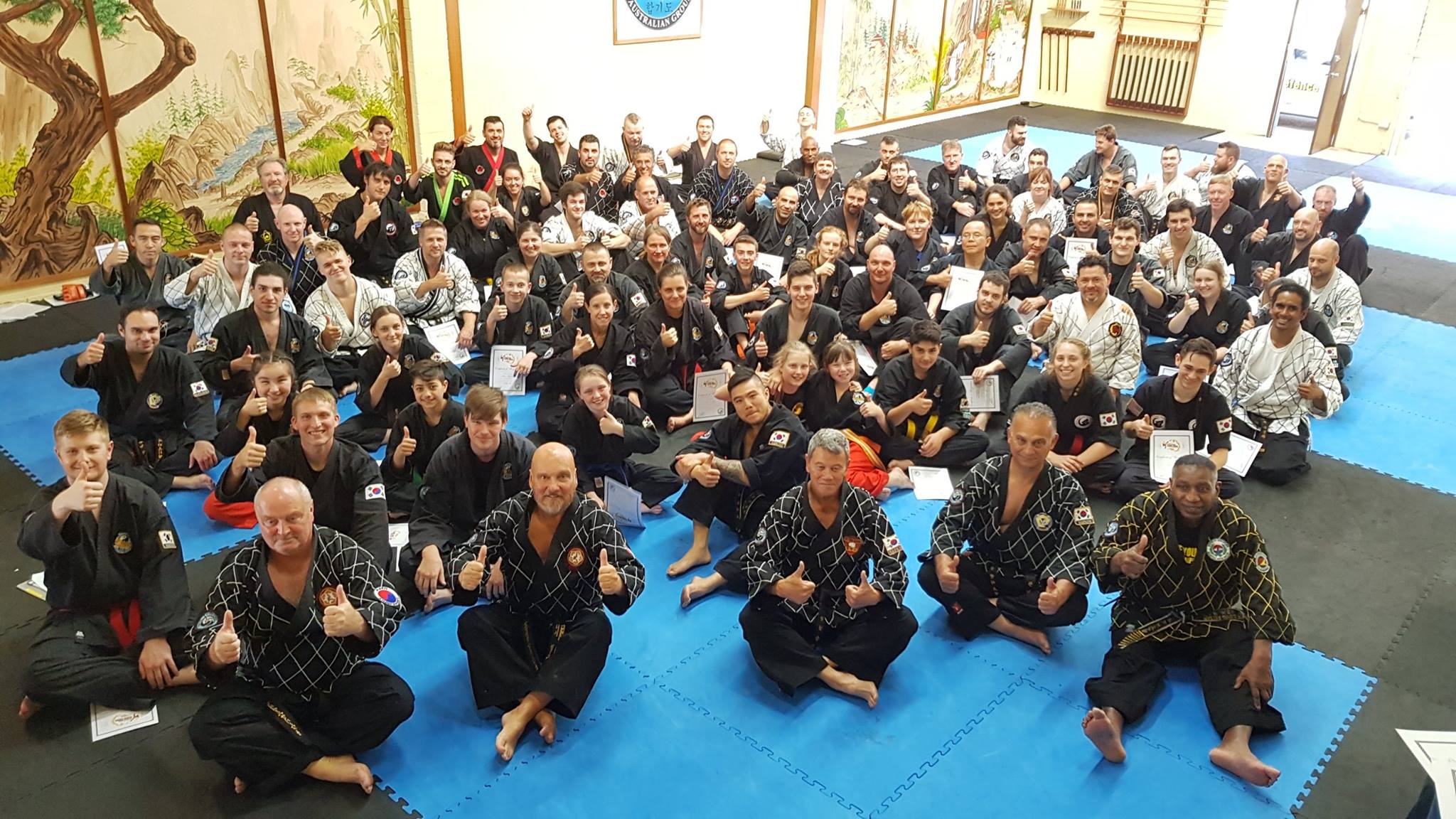 Those who did the whole week were able to train with the following instructors:

On the Friday of hellweek, GM Booth also put together a large group to go and pick GM McMurray up from the airport, after his long journey from the USA! 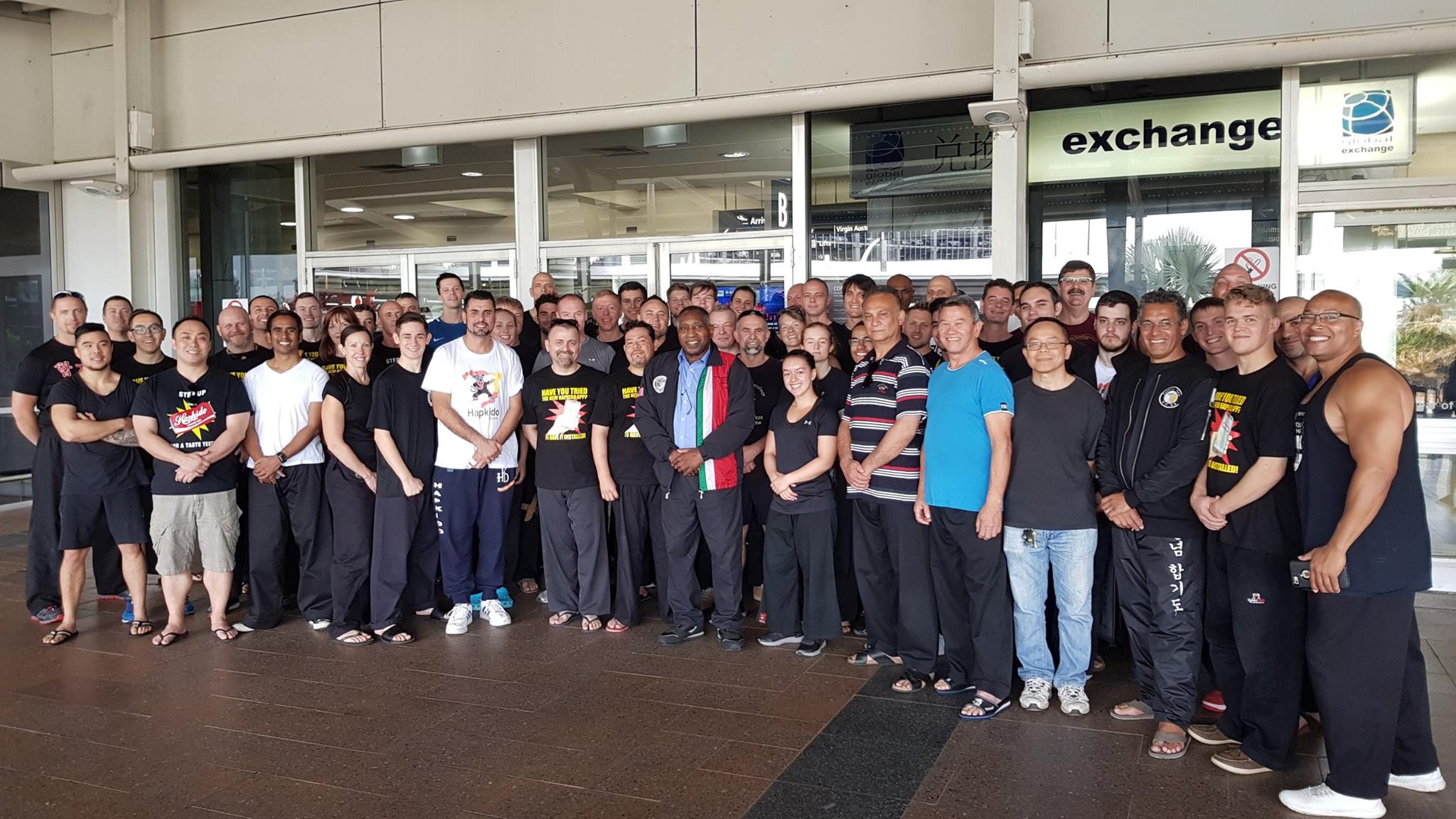 If you have never seen an IHA Spirit test, you need to! It’s an experience you will not forget; an emotional evening where you see candidates undergo extreme pressure to earn their belts. This year, three Queensland provisionals attempted the test after plenty of training in the lead up- and they did us extremely proud. 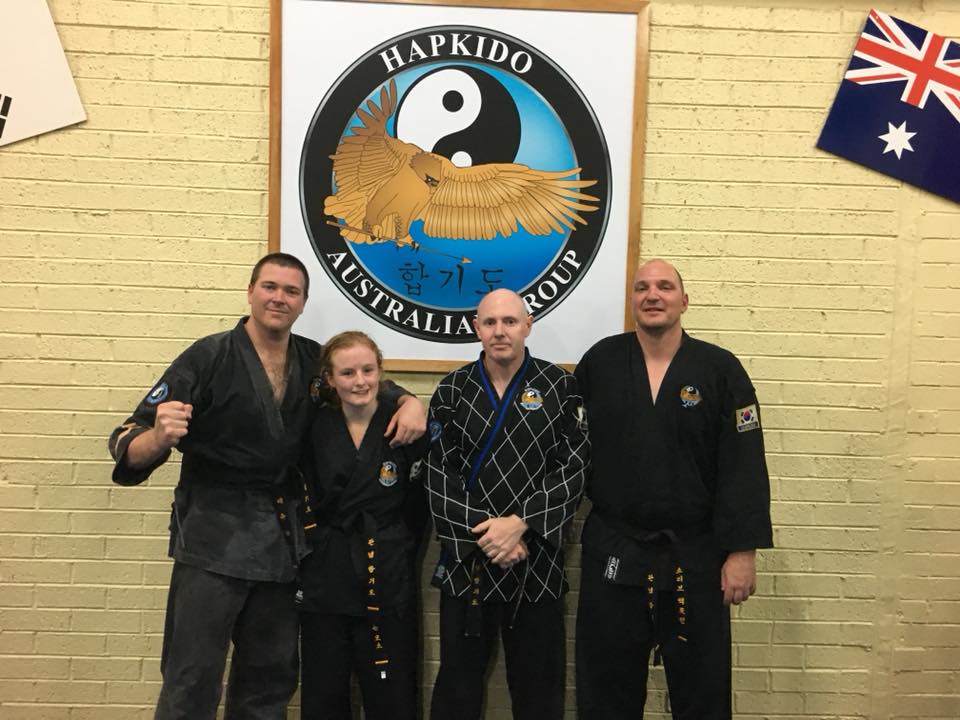 Congratulations to new CGN’s Phoebe, Matt and Steve from Bayside Hapkido! Congratulations to the other new CGN’s Dean, Paul, Jacob, Gerard, Marissa and Stephanie. CGN Brian from the USA also completed the test at the same time, for the experience of completing an IHA Spirit test. All candidates in team Inferno were successful, which is an incredible result. Seeing what the candidates endured to come out the other side as black belts was the highlight of the ITS. 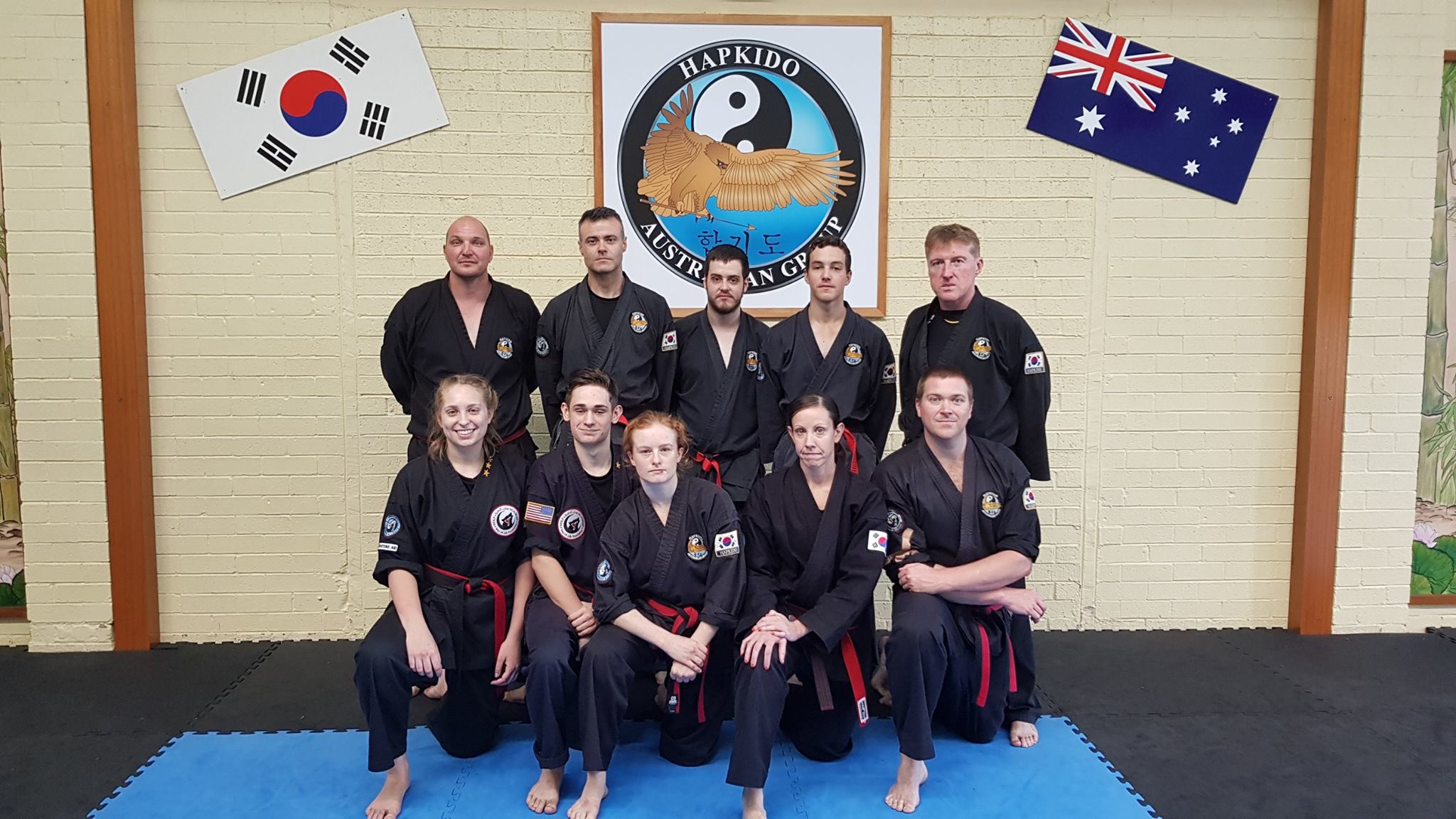 The ITS Celebration Dinner is a final celebration to round off a week of amazing training. It included many great speeches, a number of senior black belts being promoted, and the announcement of the location of the next ITS in two years’ time.. The next ITS will be in Seville, Spain!! Grandmaster Booth commented that he predicts this will be the biggest ITS yet: so start saving, and be a part of this amazing event! 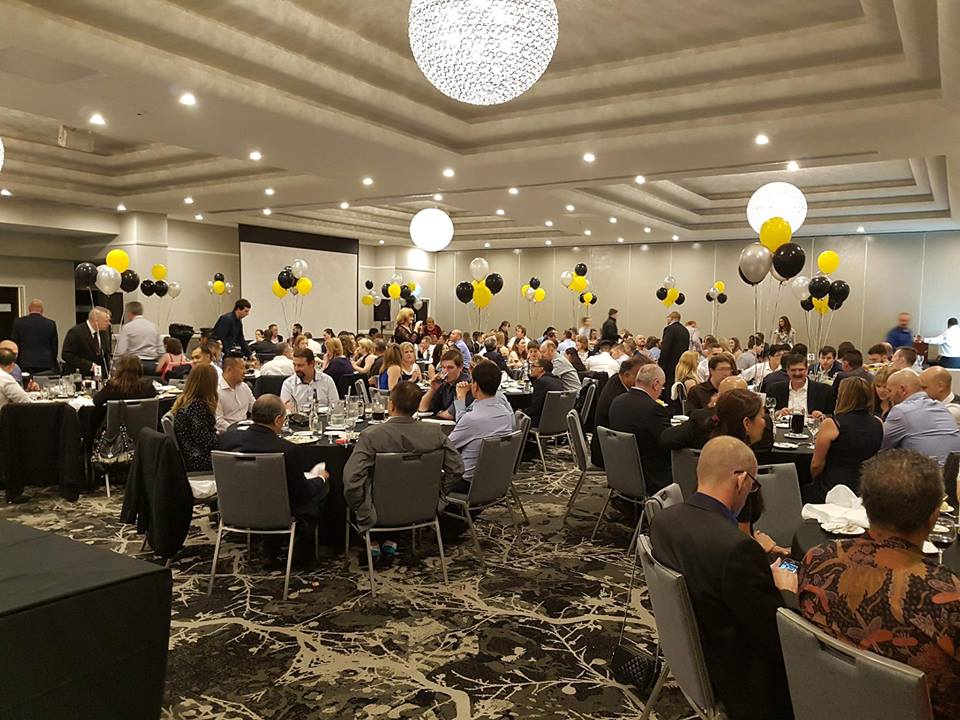